Skip to main content
Remembering Stephen J. Kopp, 36th President of Marshall University
Page may be out of date
This page has not been updated in the last 5 years. The content on this page may be incorrect. If you have any questions please contact the web team.

President of Marshall University from 2005 to 2014

Forever in the Marshall Family

Dr. Stephen J. Kopp began his presidency at Marshall University July 1, 2005. Under his leadership, Marshall experienced unprecedented growth and development. The strategic vision and priorities that have guided Marshall University under President Kopp’s leadership stressed the importance of student success and developing the tools and resources required to advance this success. The Marshall Commitment, an eleven-element action plan for advancing academic quality at Marshall, expresses and embodies this action agenda. 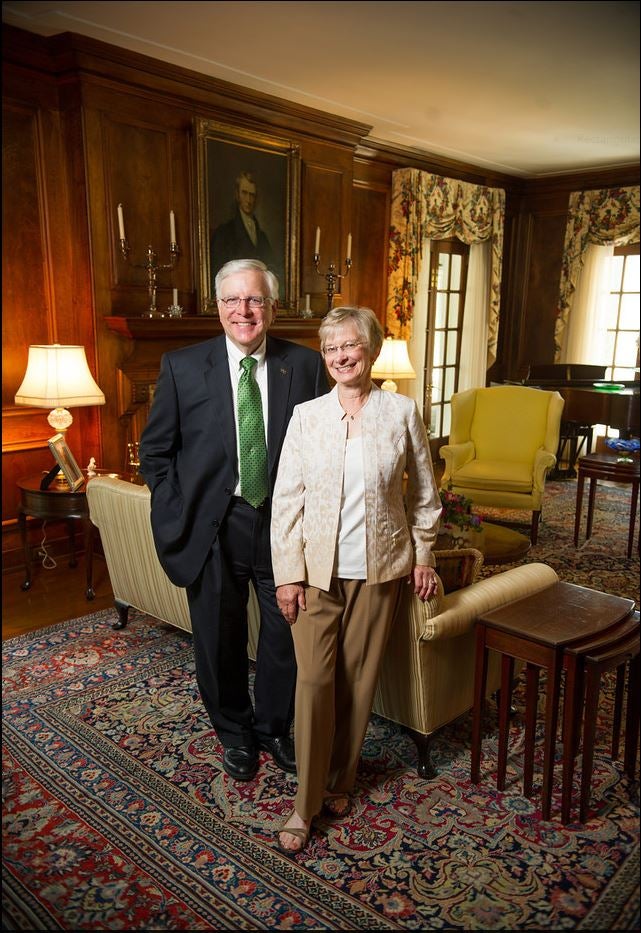 Since Dr. Kopp became president, more than $300 million in new buildings and building renovations have been completed or are underway. These projects include  the $55 million Arthur Weisberg Family Applied Engineering Complex, the downtown Visual Arts Center, the Veterans Memorial Soccer Complex, and a three-building indoor practice complex, which includes an indoor practice facility, student-athlete academic center and the Sports Medicine Translational Research Center.

Marshall’s academic profile grew dramatically with new high-demand majors and degree programs, including digital forensics and the new schools of pharmacy, physical therapy and public health. Under his leadership, the four-year undergraduate engineering program was re-established and is now fully accredited.

External funding for research doubled and a $30 million research endowment was established at Marshall, following the successful mini-campaign to raise $15 million in private gifts. President Kopp was the architect for the West Virginia Research Trust Fund legislation, which has matched dollar-for-dollar the private gifts to Marshall in support research. In addition, during his tenure, Marshall became a leading university for advanced, high-performance computing and Internet-2 connectivity. The evolution of this platform has positioned Marshall University to partner and compete globally anytime, anywhere with anyone at any level.

Marshall University continues to excel as the nation’s leading, accredited graduate DNA forensics program and has added to it the only accredited digital forensics program in the world. In response to the needs of local, state and federal intelligence and law-enforcement communities, the university launched an undergraduate major in digital forensics. In conjunction with these developments, the Rahall Transportation Institute at Marshall has advanced to become one of the top university transportation centers in the country.

Besides its continued progress in infrastructure development and academic innovation, Marshall has also grown in enrollment and in the geographic area it serves. Under Dr. Kopp’s guidance, Marshall has welcomed the largest freshman classes in its 175-year history and undertaken a groundbreaking initiative in international student recruitment.

Dr. and Mrs. Kopp were always proud to call West Virginia home and quickly became endeared with the people and beauty of Huntington. Dr. Kopp was honored by Create Huntington for his efforts to help improve the livability of Huntington and his counsel was frequently sought   for his candid and thoughtful approach to business and community matters.

He lent his expertise to a variety of area economic development organizations, including the Huntington Area Development Council and the Huntington Regional Chamber of Commerce. He was a member of Johnson Memorial United Methodist Church and the Rotary Club, and was a contributor to local charity fundraising efforts.

Dr. Kopp had a true appreciation for the arts and recognized their importance in building a strong and vibrant community. His support helped make possible the Old Main Corridor and Fourth Avenue beautification projects. Kopp led Marshall through the purchase of the former Stone & Thomas building, which has become a downtown visual arts center and an anchor of the new city landscape, bringing Marshall and downtown Huntington closer together. In addition, Kopp proudly lined the president’s office suite with student artwork – hand-picked to highlight the immense visits artistic talent he saw in the Marshall community.

Dr. Kopp regularly visited area high schools to instill in students the importance of not just starting college, but completing their degrees, if they expected to compete in the global marketplace. He was a champion for raising educational standards because he strongly believed Marshall students to be capable of higher level achievement.

He served as a postdoctoral fellow at the St. Louis University Medical Center, and a research fellow and NIH Fellow in the department of biochemistry at the University of Illinois at Chicago prior to joining the faculty of Midwestern University.