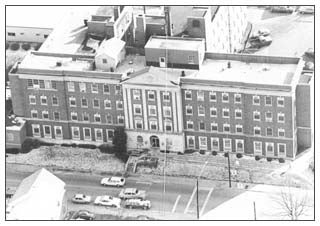 This former railway hospital next to campus became the home of the new School of Medicine that admitted its first class in 1978. The program was a cooperative effort with the Veterans Administration. Additional facilities would be added later at the VA Medical Center west of Huntington.