Brian A. Gallagher is an Assistant Professor of Pharmacy Practice, Administration, and Research at the Marshall University School of Pharmacy. He served as Interim Dean for the academic year 2017-2018, after the retirement of the inaugural dean.  Dr. Gallagher also serves as  Chief of Government Relations and Director of Pharmacy Services for Marshall Health. Prior to joining Marshall, he was Senior Vice President of Government Affairs at the American Pharmacists Association (APhA). Brian graduated from West Virginia University School of Pharmacy and Wake Forest University School of Law. He previously served as Rite Aid’s Vice President for Regulatory Compliance, Vice President of Risk Management and Governance for NDCHealth, General Counsel for TechRx, Inc. and Director of Pharmacy Regulatory Affairs for the National Association of Chain Drug Stores (NACDS). He served in the West Virginia Legislature for eight years in a variety of leadership positions where, among other legislation, he authored the WV Pharmacy Practice Act and several progressive statutes on medical ethics. Brian was General Counsel for West Virginia University Hospitals and has practiced hospital, chain and independent pharmacy. 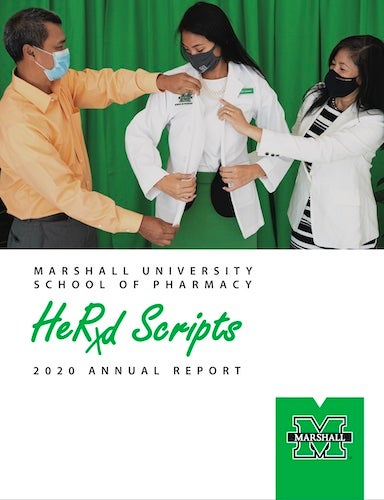