Dr. Broedel-Zaugg received her Bachelor of Science degree in Pharmacy from Ohio Northern University in 1981.  During this time she was awarded a Pharmacy Academic Scholarship and was a member of Alpha Lambda Delta, Rho Chi, and Kappa Epsilon (pharmacy and multidisciplinary honor societies).  She also served as President of the Ohio Northern University chapter of the Student American Pharmaceutical Association.

After earning her B. S., Dr. Broedel-Zaugg then turned her focus to completing a Master of Business Administration degree from Ashland University in 1989.  After earning her M.B.A, she enrolled in Ohio State University’s Ph. D. program in Pharmaceutical Administration, receiving her doctoral degree in 1993 while a member of the Phi Kappa Phi honorary society.

While completing her advanced degrees, Dr. Broedel-Zaugg gained valuable professional pharmacy experience serving as Staff Pharmacist at Doctors Hospital and Massillon State Hospital in Massillon, OH; and Akron City Hospital in Akron, OH.  Additionally, she has been a relief pharmacist at Crestline Memorial Hospital, PharmaSource, and St. Rita’s Medical Center Home Infusion, where she has continued to practice while engaged in teaching at Ohio Northern University.  In 1994, Dr. Broedel-Zaugg joined the faculty of Ohio Northern as an Assistant Professor of Pharmacy Practice.  She was promoted to Associate Professor in 1997 and received tenure in 2000.  In 2004 Dr. Broedel-Zaugg was promoted to her present rank of Full Professor.  In addition to her teaching responsibilities, she served as Director for Continuing Education from 2006 – 2010.

Dr. Broedel-Zaugg has received many honors for her teaching and mentoring activities including the Kappa Epsilon Unicorn award for 2006-2007 for national service and leadership, the Kappa Epsilon Advisor of the Year award for 2008-2009, and the Kappa Epsilon Career Achievement Award 2011.  She was inducted into Phi Lambda Sigma in 2005 and is a past president of Phi Kappa Phi from 2005-2007.  Additionally, Dr. Broedel-Zaugg was the recipient of an endowed professorship in 2005-2006.  Dr. Broedel-Zaugg is a very active member of the American Society of Health System Pharmacists, the American Association of Colleges of Pharmacy, the American Pharmaceutical Association, the Ohio Society of Health System Pharmacists and the Ohio Pharmaceutical Association.  During the 2006-2007 academic year Dr. Broedel-Zaugg participated in the AACP’s Leadership Fellows program, which is designed to develop the nation’s most promising pharmacy faculty for roles as future leaders in academic pharmacy and higher education through in-depth leadership development; team building; exploration of legislative and public policy issues critical to pharmaceutical and higher education; and self and peer assessments. Furthermore, she has served as a member of several ACPE assessment teams and currently serves as a trustee for the Agency on Aging, Area III.

Dr. Broedel-Zaugg is a member of the Marshall University School of Pharmacy Executive Council. She is responsible for overseeing the development of the clinical skills component of pharmacy education and supervises the pharmacy practice experiential programs. Dr. Broedel-Zaugg has management responsibilities for the faculty and programs of education in the department, including providing leadership for the development of new programs and initiatives within the department. 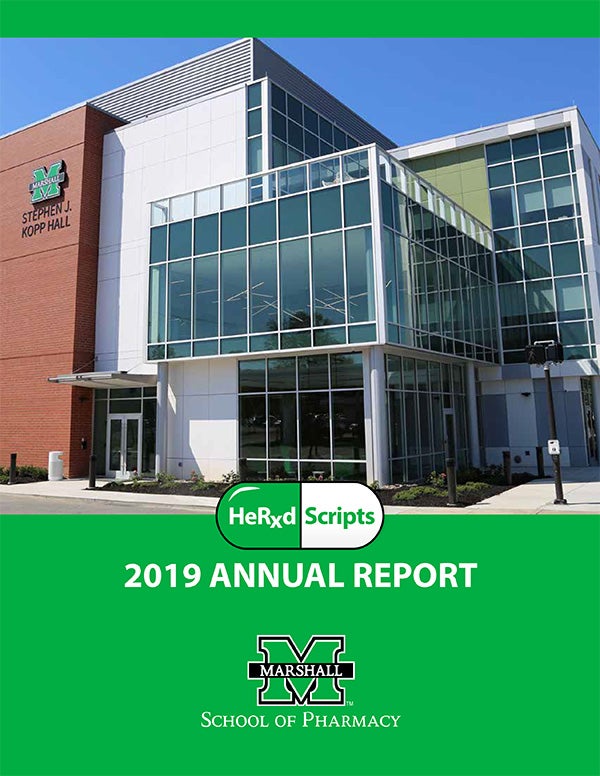