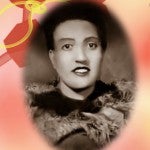 The book, written by Rebecca Skloot, is about Henrietta Lacks, an African American mother of five, who died of cancer in 1951. A sample of her cells was retained without her knowledge or consent. The cells were used in a number of scientific studies and made way for several important breakthroughs.

Medical researchers discovered her cells, known as HeLa, possessed unexplainable immortal properties. Over the past 60 years, HeLa cells have been instrumental in contributing to scientific breakthroughs such as the polio vaccine, in-vitro fertilization, cloning and gene mapping.  Her cells have enabled scientists to better understand the effects of the atom bomb, cancer and HIV.  In total, HeLa cells have been the subject of more than 74,000 studies, and scientists estimate that more than 50 million metric tons have been cultured to date. They are even being utilized in the Joan C. Edwards School of Medicine.

However, all of this work was undertaken without the knowledge and consent of either Henrietta Lacks or her family.  Her children never even knew about their mother’s cells until the 1970s, when scientists attempted to experiment upon them.  None of the companies or laboratories who profited from the HeLa cells ever sought their consent. Skloot’s book changed all that.  Since its publication, Henrietta’s children and grandchildren have spoken out about their experiences all over the country.  Several of her grandchildren have been inspired to join the medical and science professions.

Dr. Greta Rensenbrink, director of the women’s studies program, said a conversation about the book will take place at 5 p.m. March 26 in the Drinko Library atrium. No reservation is required. “Just read the book and come join us!” she said.

Two members of Henrietta Lacks’ family will participate in a speaking engagement and book signing at 7 p.m. the following evening, March 27, in Marshall University Foundation Hall, home of the Erickson Alumni Center. President Stephen J. Kopp will introduce David Lacks Jr. and Kim Lacks. Two Marshall students, one from the School of Medicine and one from the Honors College, will  moderate a question-and-answer session.  A book signing will follow the formal event, with copies of the book available for purchase.  The event is free and open to the public.

David Lacks Jr. is the grandson of Henrietta Lacks and son of David “Sonny” Lacks, a featured figure in the book. David Lacks Jr. has a degree in computer information systems and has traveled around the United States and Canada setting up computer systems and labs for companies and educational institutions.  He lends his talent by helping create and maintain the Lacks family website. David Lacks represents the family on the National Institute of the Science’s panel that reviews applications to conduct research using the HeLa genome.

Kim Lacks, a banking representative from Baltimore, is Henrietta Lacks’ granddaughter. She has traveled with her father and other family members on dozens of trips around the country, adding her own perspective on the legacy of Henrietta Lacks and the HeLa cells.  She is also one of the family members consulting on the highly-anticipated HBO film based on the book and produced by Oprah Winfrey and Allan Ball.

“The Truly Immortal Life of Henrietta Lacks” is sponsored by the Office of Medical Education, Office of Graduate Medical Education and Office of Diversity of the Joan C. Edwards School of Medicine as well as the Women’s Center, Intercultural Affairs, the Center for African American Students, the Office of the President, the Honors College, the Center for Teaching and Learning, the Department of Psychology and the Department of History of Marshall University.