Thank you for notifying the Web Team of the issue(s) with this page. We will respond as quickly as possible.
We Are Marshall: the Newsletter for Marshall University 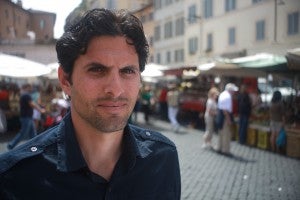 Dr. Darius Arya, archaeologist, professor, documentary host and co-founder and CEO of the American Institute for Roman Culture, will present “How can we tell stories successfully about history through social and digital media?” at 7:30 p.m. Tuesday, April 29, in the Shawkey Dining Room in the Memorial Student Center.

A Huntington native, Arya said he developed a passion for history, Latin and the Romans in none other than our city’s schools. That passion would take him on a journey from Huntington, across the United States, to Rome and back a couple of times, and finally back to Rome where he works with AIRC to tell Rome’s story, in part through social and digital media.

Having been overseas for the majority of this century, Arya said he is happy to be coming back to his hometown to speak about his work in Rome. He said he is looking forward to exploring ways to engage the Huntington community, as well as students from many disciplines, including history, the classics, mass communications, journalism, and art and design. 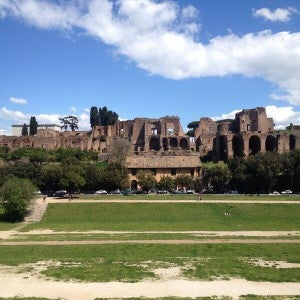 “It’s all in order to talk about how we can preserve our common history and heritage through new media outlets,” Arya said.

Arya has appeared as a guest lecturer, expert and host for numerous documentaries, including ones for the Discovery Channel, the History Channel and the National Geographic Channel, while AIRC’s social media sites have more than 50,000 followers, likes and pins.

Photos: (Above) Dr. Darius Arya, who is originally from Huntington, will speak at Marshall University April 29. (Below) The American Institute for Roman Culture celebrated Rome’s 2,766th birthday April 21 with this picture on its Twitter account, @saverome.