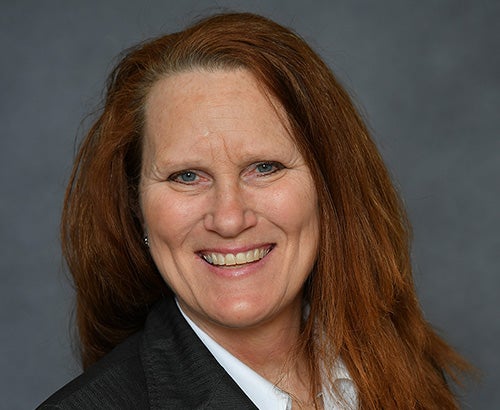 Dr. Suzanne Konz, director of the Marshall biomechanics programs, was on sabbatical last year, during which time she earned the Dr. C. Harmon Brown award from USA Track and Field and was appointed chair of the National Athletics Trainers’ Association (NATA) Committee on Professional Ethics.

The Brown award is made annually to an individual whose work in the sports medicine and science field has benefited the athletes and coaches of USA Track and Field (USATF) on the national level.  The award is named for the late Dr. C. Harmon Brown, an endocrinologist at the University of California at San Francisco, who was a pioneer in the field of sports medicine. He served as the chairman of the Sports Sciences and Medical Committee for two decades, along with chairing the USATF’s High-Performance Sports Science group.