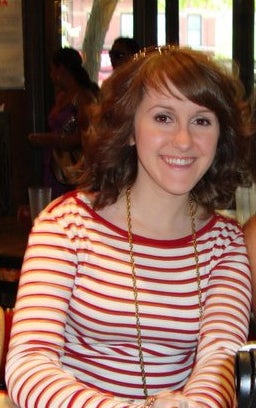 Eight years after I graduated from Marshall University, I frequently think about how far I haven’t gone geographically from the university while working at The Herald-Dispatch about six blocks away from where I earned my degree.

I also regularly think about how far Marshall took me from being a student who graduated among  140-something students in the only high school in a rural West Virginia county, and if I remember correctly, no college recruiter visited while I was there.

I especially was thinking about how far I’d come during an interview a couple of weeks ago when a source said something I hadn’t heard in a long time, which was to never forget where you came from.

I never could pick a better way for me to have grown up or people to have grown up with, but I also went through a school system that, in retrospect, didn’t have the kind of resources that allowed my dedicated and creative teachers and administrators to help us translate our academic skills and personal interests into careers or even to expose us in a significant way to pursuing any kind of higher education or technical training after high school.

I knew I had strong writing skills, but when I signed up for my high school school newspaper, it was cut because of a lack of resources. I got some photography, design and layout experience through working on my high school yearbook, but I had little-to-no exposure to journalistic writing.

So, when I experienced my first week of classes at Marshall in the fall of 2004, I felt like I was in over my head.

Even though I was among people who technically were my peers, I felt like they all were lightyears ahead of me in terms experience. I sincerely was afraid the quality of my work wouldn’t stack up against theirs, that I would fall behind, and I’d have to drop out and find another life path.

Luckily for me I had access to professors who are — and I can’t think of a more adult way to say this at the moment — too legit to quit on me as a student.

I never experienced different or lesser treatment from my professors compared to my peers  because I was from a socioeconomically poorer place than the people I was taking classes with.

The bar for quality of work was set at the same level for all of us, and the same amount of support was available to us all if we sought it.

Granted, that feeling that I was working from behind my peers never stopped creeping up through the time that I graduated in May 2008 with my journalism degree.

So, while I’d picked up an invaluable amount of technical skills at Marshall in broadcast, online and print journalism through working with WMUL-FM, The Parthenon, Empty Bowls and making videos for class (when making videos still was a bit of a chore and also the waning days of the pre-smartphone era), I also found through Marshall the support I needed to help me figure out who I wanted to be and how I could become the best version of myself.

I learned how to emphasize my strengths and build on my weaknesses because I was was pushed outside of my comfort zone and came to know  an amazing cast and crew of professors, advisors and friends who set those high bars and provided that tremendous support.

So, I’ve gone from having no school newspaper or journalism experience to having the opportunity to get paid to cover my alma mater, state government in the state where I grew up, and even presidential candidates – both for Marshall and the United States – on a fairly regular basis and give back to the community that gave so much to me.

Even now, almost a decade after graduating from college, when I inevitably get a little anxiety about covering things that so clearly are bigger and better travelled than I am, I think about how I already have grown and how far I’ve come because I went to Marshall.