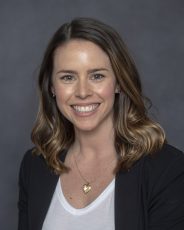 As of January 2022, Dr. Hillary Adams is the newest and fifth edition to the HELP Program Director’s club. A native of Huntington, WV, and three-time graduate of Marshall University, she is honored to continue the legacy of the Marshall University H.E.L.P. Program as a leading support for college students with LD and/or A.D.H.D. in the nation.

Hillary served a graduate assistant with the H.E.L.P. Program while earning her master’s degree in Mental Health Counseling in 2010. “Being a graduate assistant with H.E.L.P. during grad school was always a highlight of my time at Marshall. The student support I witnessed by the full-time staff and the graduate staff was above my expectations. It was clear from the beginning that the H.E.L.P. Program was much more than tutoring, it was tailored and dedicated academic supports and it was family. It’s so nice to be a part of it again.”

For nearly a decade, Hillary worked for The College Program for Students with Autism Spectrum Disorder at Marshall University. It was during this time she recognized the true need for the supports of students with disabilities on campus and what a difference the right support can make. “For over forty years, the H.E.L.P. Program has set a precedent for other campus supports, not only at Marshall, but in the nation. The H.E.L.P. Program students, whether a part of the college, community, or medical programs, have gone on to becomes leaders in their communities. In just my first few weeks in the director’s seat, I heard from these successful students personally, and it’s a joy to be in the front row to witness their success.”

Hillary looks forward to customizing and expanding the H.E.L.P. program’s reach even more in the coming years. Hillary lives in Huntington, WV with her husband, Reid Adams, a surgical nurse at St. Mary’s Hospital. They welcomed their first daughter, Charlie Greer Adams, in March of 2021.

Painter began tutoring for the H.E.L.P. Center in 1991 as a Graduate Assistant and in 1992 her role became Diagnostician.  Debbie has served as a Reading Specialist and has provided corrective reading instruction to medical students. She became the Coordinator of Diagnostics in 1995 and continues to oversee that division.  In July 2012 Painter was appointed Assistant Director of H.E.L.P. to supervise the college program. 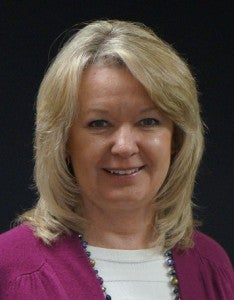 In January of 2013, Painter stepped up to the role of Interim Director, overseeing the day-to-day operations of the program, as well as participating in the initial search for new leadership.

“It’s hard for me to remember my professional life before the H.E.L.P. Center, its staff and the incredible students we get to interact with every day. I am so pleased to continue to find challenges and fulfillment in a program that has become a professional home.

“We have an exceptional charge and with that comes distinctive challenges. Higher education is a constantly shifting and evolving world. We are tasked with helping our students – many of whom depend on structure and stability in their life – to navigate those changes and challenges in order to complete their education and move out into the workforce.” The tradition of excellence continued as Lynne Weston became the new Director of the H.E.L.P. Center, August 1st, 2005 until July 31st, 2012.  Mrs. Weston took over the leadership of H.E.L.P. with her own vision, as it grew to meet the challenges of  higher education for learning disabled students in the 21st century. She received her undergraduate degree in Special Education and Elementary Education from Marshall University. Her Master’s Degree in Education was obtained from the the University of North Carolina at Charlotte. She later became certified in Learning Disabilities at Marshall University. She holds an Ed.S degree in Leadership Studies / Higher Education Administration. She has taught many grades in the public schools system but loves working most with college students.
Mrs. Weston has been a part of the Marshall University H.E.L.P. Program for the past twenty five years. She has seen the program grow from seventy students to two hundred students. She has great admiration for students in H.E.L.P. and feels grateful to be a part of the growth and excitement of such an outstanding program. She is married to Rick Weston. They have two sons. The oldest son recently received his PhD. in Neuroscience and the youngest is an attorney in Huntington, WV. 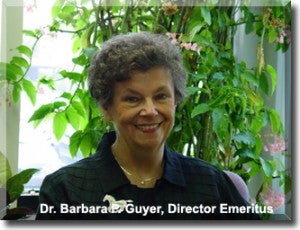 Dr. Guyer taught grades 2-6, remedial reading in a women’s prison and was a principal of several schools including two Learning Disabilities Centers in Richmond, Virginia, which she organized. She began the H.E.L.P. Center in 1981 after she tested a particularly bright young man who had failed in college four times. H.E.L.P. has grown from 3 students with 2 employees to 200 students with 10 full-time employees and 50 part-time employees.

The greatest joy of her life has been working with college students and seeing them succeed. “The joy that one sees in their eyes or the excitement in their voices is a reward like none other. When H.E.L.P. students begin to believe in themselves and see that there is hope for the future, life begins to take on new meaning.”

She is married to Ken Guyer and they have two daughters. Both have a Learning Disability and one has ADHD. Her daughters have proven that academic success is possible. One is a physician and the other is an attorney.