Thank you for notifying the Web Team of the issue(s) with this page. We will respond as quickly as possible.
Coronavirus Update
Additional fall courses being transitioned to Virtual (live, remote) delivery. Read the latest news/resources for the Marshall community and review the Return-to-Campus plan.
History and Traditions
Home
Our Namesake
Historic Buildings and Monuments
Symbols
Traditions
Past Presidents
﻿1970 Plane Crash 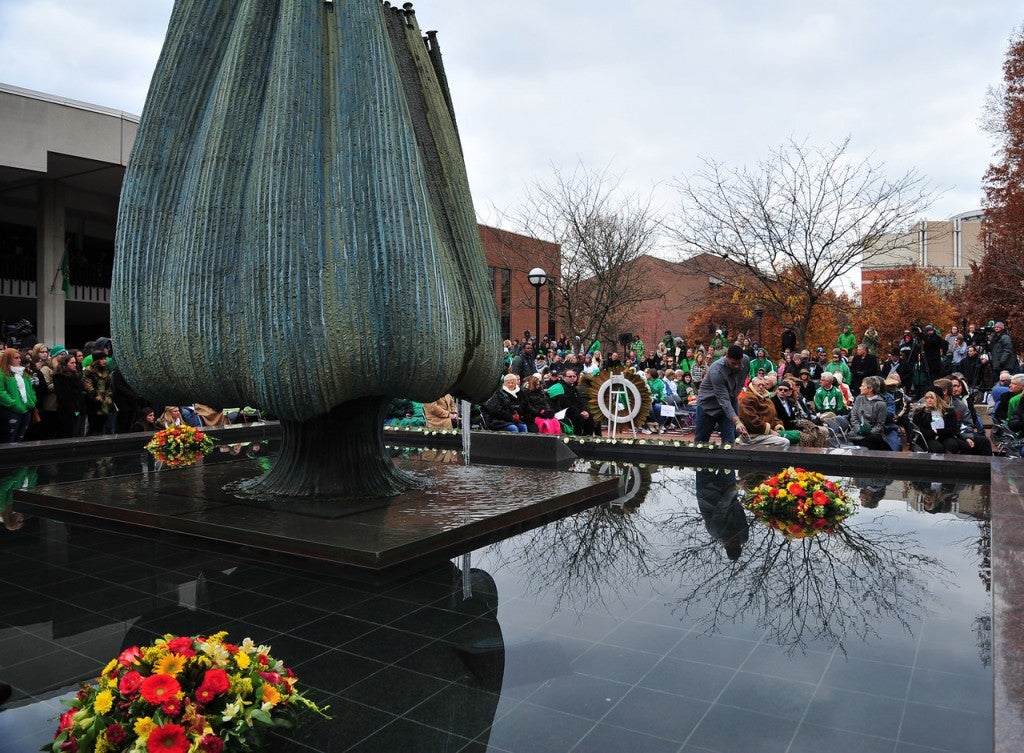 Each year on the anniversary of the Nov. 14, 1970, plane crash tragedy, the Student Government Association conducts a memorial service at the Memorial Fountain on the Memorial Student Center plaza.

Thousands attend the ceremony to honor the lives of the 75 people lost in the disaster, including the Marshall University football team, coaches and staff, community members and flight crew.

As is traditional, the water in the fountain is stopped during the service, to remain silent until spring.

"We Are Marshall" Movie

The 2006 Warner Bros. feature film "We Are Marshall" tells the story of the plane crash tragedy and its aftermath, including efforts to continue the football program after the disaster. The movie exposed the university’s name and story to national and international audiences. Click here for more information about the movie.