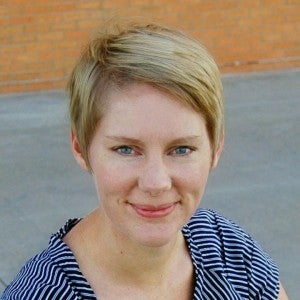 Dr. Tigchelaar’s current book project, Regional Revisions: Women’s Regionalist Literature and the Project of Neighborly Reconciliation, examines the linked projects of revision and reconciliation in the work of nineteenth-century American authors, proposing that regional literature has always actively engaged in negotiating meanings imposed by centers of power, specifically through targeted revisions of dominant narratives. While these revisions take a number of forms, they have in common the objective of a neighborly reconciliation between “city and country cousins,” as Sarah Orne Jewett states in her introduction to the second edition of Deephaven (1893). Neighborly reconciliation, played out on a small scale in regional texts, becomes a culturally resonant analogy for an alternative model of national identity based in community and sociability at a time when dominant notions of national identity were increasingly linked with individualism, isolationism, and exclusion. In addition to this monograph project, Dr. Tigchelaar is at work on an article examining queer liminality in the ghost stories of Mary E. Wilkins Freeman and another article investigating kinship bonds, ecocriticism, and anthropomorphism in recent Appalachian fiction.

In her courses, Dr. Tigchelaar works with her students at all levels to identify and interrogate the social and cultural forces that have shaped literary production. Recently, she has taught classes on the African American Slave Narrative, Gothic American Literature, and Appalachian Literature.

Dr. Tigchelaar is currently serving as the Director of the Graduate Program.

“Those ‘whose deaths were not remarked’: Ghostly Other Women in Henry James’s The Turn of the Screw, Charlotte Perkins Gilman’s The Yellow Wallpaper, and Marilynne Robinson’s Housekeeping.” The Ghostly and the Ghosted in Literature and Film: Spectral Identities. Eds. Melanie Anderson and Lisa Sloan. Newark: University of Delaware Press, 2013: 29-43.