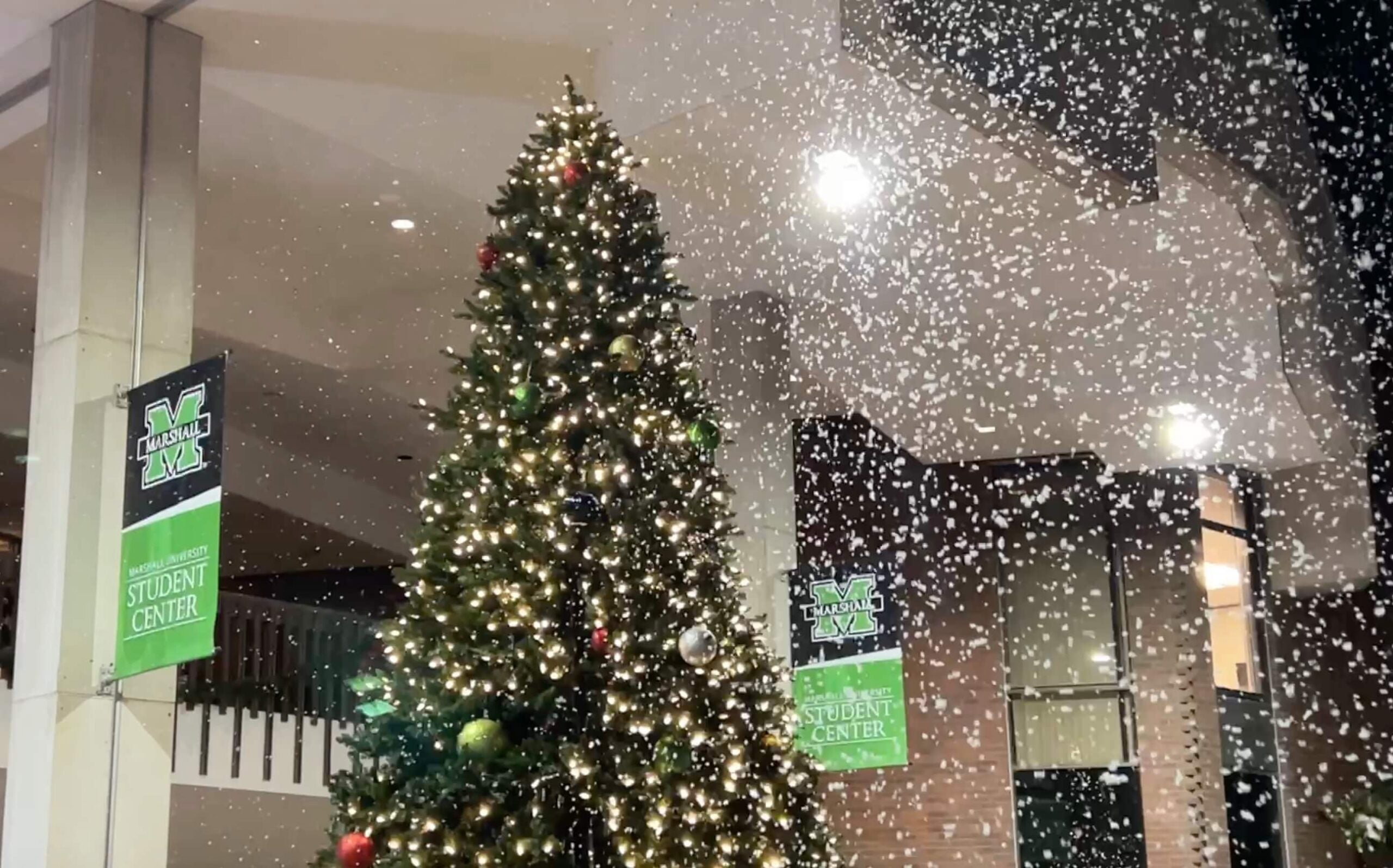 “I’m dreaming of a white Christmas; with every Christmas card I write.”

The Old Main Carolers hold their music high as they sing in front of a dark tree on the Memorial Student Center Plaza. The group is just one of several to perform on this night in front of a crowd of hundreds gathered for the spectacle.

The audience sways to the sound of the acapella voices.

“May your days be merry and bright – and may all your Christmases be white!”

Suddenly, a collective hush falls over the crowd, followed by oohs and ahhs.

The temperature in Huntington may be an unseasonably warm 55 degrees, but snow begins to fall, nonetheless.

Smartphones and cameras are held high, as arms stretch to capture the perfect shot.

President Brad D. Smith steps up to the microphone to offer a countdown, as the crowd joins in.

The temperature in Huntington may be an unseasonably warm 55 degrees, but snow begins to fall, nonetheless.

A giant switch on display beside the microphone is flipped – cueing a dozen volunteers standing by, ready to plug in tinsel-covered deer and shiny LED Christmas trees perched in planters and flower beds around the plaza. It’s their time to shine.

Thousands of white lights on the 20 foot tree towering above the student center entrance suddenly flash on, glimmering bright.

The holiday season is here.

It’s a scene that creates a memory that will live on for students and community members of all ages.

Children frolic and dance in the snow, hoping the man running the machine on the roof that’s creating the magic will leave it on a little longer.

It’s a scene that creates a memory that will live on for students and community members of all ages.

Festive music blasts from opening doors, as the crowd begins to venture inside where hot cocoa and smores, crafts, story time and hand-written letters to Santa await. Marshall’s mascot, Marco, dresses up in a big red suit for the occasion, ready to take photos with adoring fans.

Nights like these only come once a year, but have the potential to create memories that last a lifetime.

A tradition, bringing the Marshall family together to celebrate the start of a new season–filled with hope, joy and laughter.