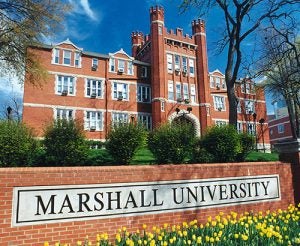 Marshall University has several events planned in February to recognize Black History Month 2021, most of which will be virtual and observe all of the university’s and the Centers for Disease Control and Prevention’s COVID-19 guidelines. The Dr. Carter G. Woodson Lyceum and the Office of Intercultural Affairs have several activities scheduled.

“The lyceum has collaborated with hundreds of people on the Marshall campus, Huntington and the state of West Virginia. Speakers commemorating Black history will bring to life important periods in local and American history and how these events have impacted so many lives,” said Burnis R. Morris, director of the Woodson Lyceum.

Morris added that the Woodson Lyceum will offer several events throughout the year.

“Dr. Woodson wanted us to include the study of African Americans and their history throughout the year,” Morris said. “Woodson didn’t just want to celebrate one month or one year. We have many issues, such as the vaccine and pandemic, that require our attention far longer than one month.”

The  event schedule is as follows:

Dr. Carter G. Woodson (Dec. 19, 1875-April 3, 1950), the Father of Black History, said the turning point in his career was his West Virginia years, a period that included graduation from Huntington’s Douglass School, service as its principal and work as a coal miner. Dr. Woodson created the first “Negro History Week” Feb. 6-12, 1926, and his followers expanded it to a month 50 years later. Dr. Woodson advocated the study of Black history throughout the year, but disrespect for people of African descent was rampant, and only a week was possible during his day. However, his writings (and those of his associates) clearly indicate he advocated the study of Black history throughout the year.

In 2016, Burnis Morris and the late Dr. Alan Gould, then executive director of Drinko Academy, co-founded the Dr. Carter G. Woodson Lyceum at Marshall University, with the blessings of President Jerome Gilbert and (former) Provost Gayle Ormiston, cementing Dr. Woodson’s ties to West Virginia and the region. Aristotle’s first school was called lyceum, but the name also is closely associated with justice and freedom for African Americans and the press. For instance, during a speech at a lyceum in Springfield, Illinois, Abraham Lincoln attacked the murder of abolitionist editor Elijah Lovejoy, and crusading journalist Ida B. Wells brought attention to injustice at a Memphis lyceum and through that lyceum’s newspaper.

The name lyceum also is associated with the Civil War and a major civil rights victory. The Lyceum is the first building of higher education in Mississippi, which closed for a time because the entire Ole Miss student body fought for the Confederacy and died at the Battle of Gettysburg. A century later, in 1962, the Ole Miss Lyceum came to symbolize the fall of a segregated America and the triumph of the civil rights movement, with James Meredith’s admission as its first Black student, under court order but resisted by a riot.

At Marshall University, the Woodson Lyceum, a collaboration between the Drinko Academy and the W. Page Pitt School of Journalism and Mass Communications, is a Woodson-inspired forum on Black history and education and provides support for a free press – all, of course, throughout the year. Since its inception, the Woodson Lyceum has produced programs involving Dr. Earl Lewis, who was president of the Mellon Foundation; Dr. Carla Hayden, the librarian of Congress; and the 400-year anniversary and significance of Jamestown. This year alone, the Woodson Lyceum has sponsored programs featuring Dr. Evelyn Brooks Higginbotham, the first African American to chair the Department of History at Harvard, and has trained West Virginia teachers in Black history instruction despite the coronavirus pandemic. The lyceum concluded 2020 with a presentation by  the U.S. surgeon general, Dr. Jerome Adams.