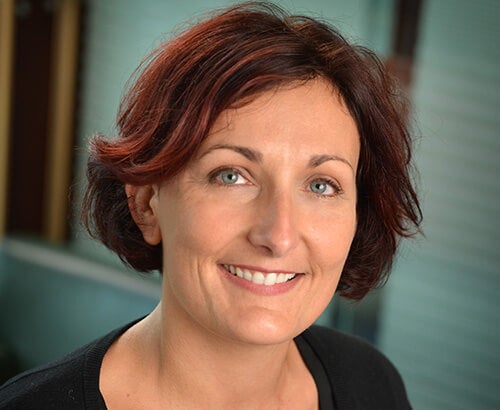 Sandrine V. Pierre, Ph.D., associate professor of biomedical sciences at the Marshall University Joan C. Edwards School of Medicine and interim director of the Marshall Institute for Interdisciplinary Research (MIIR), has been awarded a Research Project Grant (R01), one of the most competitive grants issued by the National Institutes of Health (NIH).

Pierre was awarded the $1.36 million, four-year grant (R01DK129937) from the National Institute of Diabetes and Digestive and Kidney Diseases to study the regulatory mechanism of salt handling by the kidney and malfunction of this mechanism that compromises the body’s ability to remove salt. The new study will draw upon the renowned expertise of Marshall investigators on the signaling and scaffolding function of the Na/K-ATPase protein and its impact on cardiovascular function.

“The mishandling of salt balance by the body contributes to the development and progression of many common diseases, including hypertension and organ damage due to failure to remove excess amount of salt,” Pierre said. “Therefore, the proposed investigation has profound basic and clinical implications and may also provide new targets for developing better therapeutics.”

Pierre will work with a team of researchers across the Joan C. Edwards School of Medicine with expertise in renal physiology and preclinical studies of Na/K-ATPase receptor function.

Pierre joined the Marshall faculty in 2014. She has a doctorate in cellular and molecular endocrinology from Aix-Marseille II University in France. Prior to joining Marshall, she was on the faculty of the University of Toledo College of Medicine. A large part of her research has focused on the signaling function of the Na/K-ATPase and its therapeutic applications in cardiovascular diseases with support from the American Heart Association and the National Heart, Lung and Blood Institute.