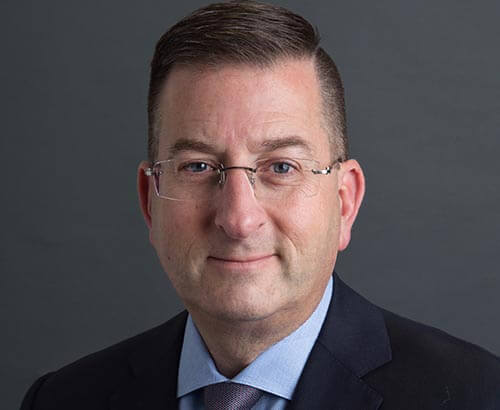 The Marshall University Foundation has announced that John Rahal, Marshall alumnus and general partner with Edward Jones, has made a gift of $1 million to support the John F. Rahal Center for Strategic Engagement within Marshall University’s Lewis College of Business.

The John F. Rahal Center for Strategic Engagement, formerly the Center for Stakeholder Engagement, is a program designed to raise the visibility of the Lewis College of Business as well as boost student engagement and professional development.

“I believe, as alumni, we have a responsibility to each other to make sure that our business school is one of the best in the country,” Rahal said. “In the financial services industry, I have had a career for which Marshall University truly prepared me. Alongside other generous individuals, it is our goal to continue to make Marshall’s business school a national business school of prominence to prepare students for the future.”

In addition to these unique programs, students in the Brad D. Smith Schools of Business will have the opportunity to enhance their classroom experience through professional development experiences such as the Ron and Sandy Cohen Business Professionalism Speaker Series and the Dean’s Distinguished Speaker Series.

“We are extremely grateful to John F. Rahal, not only for his generosity but also for his ongoing support of the Lewis College of Business and this investment in our future,” said Dr. Avi Mukherjee, interim provost at Marshall and former dean of the College of Business. “This is truly a transformative gift that will help raise the visibility of the college and Brad D. Smith Schools of Business as it fulfills its mission to be the major contributor to the region’s economic development.”

The center is named in honor of John F. Rahal, who is a principal with the financial-services firm Edward Jones, headquartered in St. Louis, Missouri. Rahal, a native of Huntington, West Virginia, is a 1991 graduate of Marshall University, earning a bachelor’s degree in accounting. He also holds an M.B.A. from the Kellogg School of Management at Northwestern University. Rahal joined Edward Jones as a financial advisor in 1997. In 2000 he became a limited partner with the company and was named a general principal in 2007. He served on the firm’s management committee from 2012 through 2017.

Today, Rahal is responsible for Edward Jones’ transformation. In that capacity, he is responsible for anticipating and identifying roles, capabilities, and strategies to enable the firm to transform towards its vision of improving the lives of clients, their families and their communities. Edward Jones is one of the largest financial services firms in North America with nearly 19,000 financial advisors.

“For the state of West Virginia, Marshall is critically important,” Rahal said. “I never thought that I would be on the senior management team of a Fortune 500 company, I want business school students at Marshall to recognize their potential and set their ambition high.  I attribute much of my success to the skill set and the hard work that I learned from the business school professors at Marshall.”

Rahal also remains an active member of the Marshall University community, contributing to the growth and success of the Lewis College of Business, as well as supporting  Thundering Herd athletic programs and other initiatives at the university.

He established the Rahal Family Education Fund in 2016 to support the College of Business and its most pressing needs.