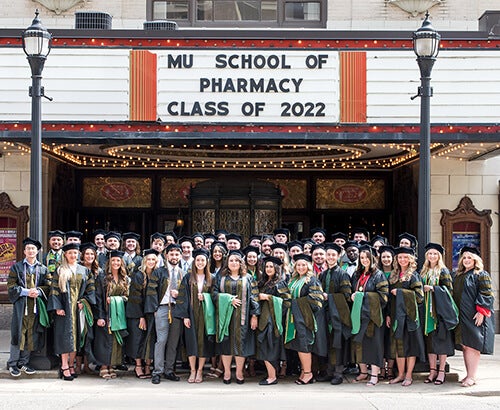 “Commencement is such an emotional experience,” said Paul Blankenship, Class of 2022 president. “It is the celebration of the completion of the first part of our journey toward becoming a pharmacist, so in that way it is all about accomplishment and gratitude to those people who helped us get to this point.  But it is also the start of the next phase of establishing our career, so it is exciting and very anticipatory.  I think I can speak for my fellow graduates when I say that we are looking forward to putting into practice all that we have learned, but we will miss our MUSOP ‘Pharmily’ very much.”

Smith provided the keynote address.  Zachary Atkinson was selected by his classmates to deliver remarks, and Michael Hambuchen, Pharm.D., assistant professor of pharmaceutical science, led the class in reciting the Oath of a Pharmacist.

The event was also streamed live and is available for viewing at: http://www.marshall.edu/it/livestream.