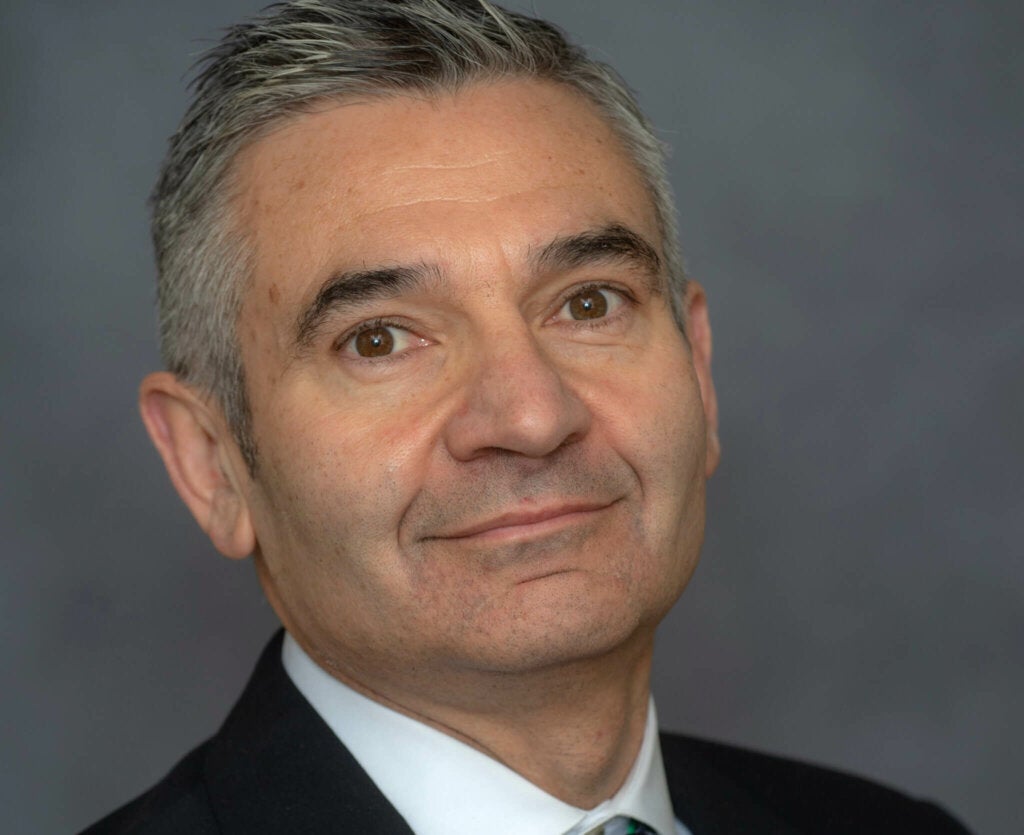 H. Toney Stroud, an accomplished attorney with more than 24 years of experience in complex compliance and regulatory issues, has been appointed general counsel for Marshall University following a national search.

In his role, Stroud will serve as the university’s chief legal officer, advising senior administrators, faculty and staff members, and the institution’s Board of Governors on a wide range of legal and strategic matters. He will report directly to President Brad D. Smith and serve as a member of the President’s Cabinet. The appointment is effective June 20.

“Toney’s deep experience, knowledge of the West Virginia legal environment and familiarity with policymakers at the state and national level, combined with his history of servant leadership in our community, placed him above the other candidates in a competitive national search,” Smith said. “As a first-generation college student himself, he also has a sincere passion for higher education and the impact it can have on a person’s life. I look forward to him joining our team.”

Currently, Stroud is an assistant vice president at Encova Insurance, where he has been an attorney since 2013. In that role, he manages outside counsel in 28 states related to litigation, contracts, administrative regulatory matters and insurance coverage issues. He also provides legal support for the company’s human resources team and advises on legislative and government relations matters. Prior to joining Encova, he was a member at Steptoe & Johnson PLLC in Charleston and Columbus, Ohio, from 1998-2013.

One of only two College of Workers’ Compensation Lawyers in West Virginia, he also has served for nearly a decade as an adjunct faculty member in Marshall’s College of Engineering and Computer Sciences, teaching an upper-division workers’ compensation course.

Stroud succeeds Marshall’s long-time chief legal officer Layton Cottrill, who will retire at the end of June, after 33 years of service to the university.

Stroud said, “Marshall University holds a special place in my heart and the opportunity to serve my alma mater in this capacity and work with President Smith is a dream come true. I want to thank President Smith for his trust in me and look forward to being a part of his leadership team as we work toward implementing his vision for Marshall. I have some big shoes to fill with the retirement of Layton Cottrill and thank him for his leadership and service to Marshall University for the past 33 years.”

Stroud has served on Marshall’s Board of Governors since 2018 and will resign from the board to accept the general counsel role.

Board of Governors Chairman Patrick Farrell congratulated Stroud, saying he will be missed on the board.

Farrell said, “The Board of Governors has been extremely fortunate to have Toney’s service for the past four years. While his leadership on the board will be hard to replace, I’m thrilled the university will now get the full-time benefit of his counsel. He understands the opportunities that lie ahead for Marshall and is the perfect choice for this important role.”

Stroud is actively involved in the community, including currently serving as chairman of the board of the Huntington Regional Chamber of Commerce, secretary of the Education Alliance and chairman of the advisory board of Marshall’s College of Engineering and Computer Sciences.

The West Virginia Supreme Court appointed Stroud to serve on the Intermediate Court of Appeals Advisory Council and he was selected for the FBI Citizen’s Academy Class of 2022. He is a graduate of Leadership Charleston, Leadership Columbus and Leadership West Virginia, and received Marshall’s Alumni Award of Distinction in 2016.

Stroud earned his law degree from the West Virginia University College of Law and a bachelor’s degree in business administration from Marshall.

He is an avid runner, having completed more than 30 marathons. He and his wife Cassie and their two daughters live in Ona.