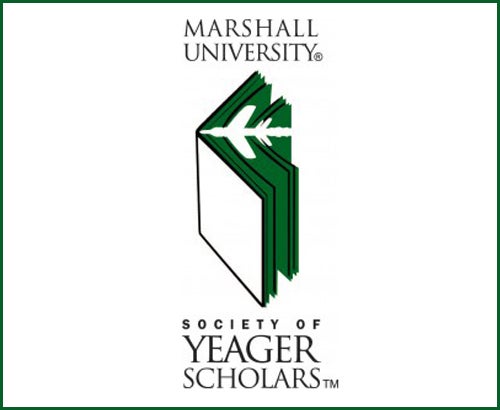 Ten students have been selected for the 36th class of Yeager Scholars at Marshall University.

These students, from four states, represent a diverse group of academically talented scholars and driven young leaders. As Yeager Scholars, they join a storied program that has supported 35 cohorts of Marshall University students since 1987. These students receive a full scholarship for tuition and fees, room and board, international study, a laptop and a personal stipend. Yeager Scholars enroll in rigorous seminars as members of the university’s Honors College and are expected to maintain a 3.5 cumulative gpa in their coursework. Additionally, they partake in programming designed to encourage leadership, personal, and professional enrichment during their time at Marshall.

“This incoming cohort of Yeager Scholars illustrate our mission of inclusive excellence as a college,” Hoey said. “Their varied accomplishments in multiple domains—from academics to significant contributions to the welfare of communities of which they are a part—are impressive before they even begin the program as scholars in the Honors College this fall.

“We are grateful for the opportunity to work with this diverse group to achieve the fullest expression of their potential to be socially conscious, responsible leaders and lifelong learners who continually aspire to the acquisition and application of knowledge for a greater good.”

The students selected for the 36th class of Yeager Scholars are:

The average ACT score among these students is 31, with an average SAT of 1400, and a 4.4 grade point average. The students were selected in February after a rigorous process that included multiple interviews, an intensive seminar, and a weekend on Marshall’s Huntington campus.

The class is named for Don and Doris Ferguson, Huntington natives, Marshall alumni and ardent supporters of the Society of Yeager Scholars.

Don Ferguson graduated from Huntington High School, where he was vice president of the student body and commencement honorarium speaker. He is a two-time graduate of Marshall University, earning both an undergraduate degree and an M.B.A. from Marshall. While at Marshall, he was president of Sigma Alpha Epsilon and is a founding member of the national fraternity. He served on the board of the Marshall Alumni Association and as its president. He was a member of the board of the Society of Yeager Scholars for nine years and served as its president 2014-2015.

Doris Ferguson graduated from Huntington East High School and received her undergraduate degree from Marshall, where she was a member of Sigma Kappa. She passed away in 2017 in Greenville, South Carolina, where Don Ferguson continues to reside.

The Don and Doris Ferguson Class of 2026:

For more information visit www.marshall.edu/yeager or contact Interim Assistant Dean and Coordinator of the Society of Yeager Scholars Cara Bailey at bailey160@marshall.edu

Photos of each member of the class may be viewed at https://muphotos.marshall.edu/Yeager-Scholars-Class-of-2026/.