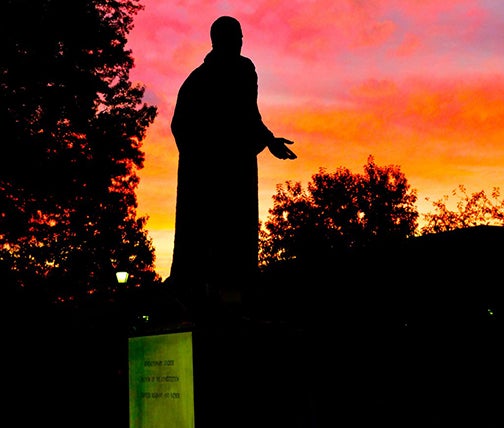 In a move that is expected to attract more students from Ohio and Kentucky to Marshall University, the university’s board of governors today approved the expansion of  metro tuition rate eligibility to a 100-mile radius from the Huntington campus.

The expansion, which will take effect in the fall of 2023, adds the following additional counties:

The metro rate falls in between the resident and non-resident tuition rates.  In the coming months, the university will begin its recruitment and marketing outreach to students in the new counties with full implementation expected for the fall of 2023.

The board also approved a change in the Employee Tuition Assistance Benefit for Dependent Children, which permits eligible individuals to apply for tuition assistance after the parent has been employed for 180 days (about 6 months) as opposed to the current one-year requirement.

In other action, board members approved several revised policies, including an academic affairs policy on academic dishonesty that separates rules for undergraduate and graduate students. Under the changes, graduate students will face a higher threshold of expectations and sanctions.

Athletic Director Christian Spears reported that Marshall’s athletic department is moving forward with plans to sell beer at the Cam Henderson Center, Dot Hicks Field and the planned baseball stadium.  Spears said the department has applied for a permit with the City of Huntington’s zoning board. Beer is currently sold at the Joan C. Edwards Stadium and the Hoops Family Field.  On a related note, Spears said athletics is engaged in discussions with Country Boy Brewing out of Lexington, Kentucky on a possible proprietary beverage and packaging.

Finally, Spears outlined a new program to manage Name, Image and Likeness (NIL) for student athletes. The Thunder Trust will be managed by Tyler J. Hutchinson, a Huntington native and former football player for Yale University. Hutchinson will oversee the NIL program, which is not permitted to be managed directly by the athletics department.

Marshall’s board welcomed two new members today: Student Government Association President Bella Griffiths and James C. “Jim” Smith, former president and CEO of information and media giant Thomson Reuters and a 1981 graduate of Marshall. The two were initially scheduled to be ceremonially sworn in today, but an emergency for the presiding justice delayed the event until the next meeting.