Skip to main content
Office of Public Safety
Page may be out of date
This page has not been updated in the last 5 years. The content on this page may be incorrect. If you have any questions please contact the web team. 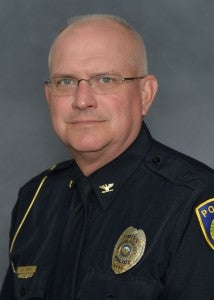 Director James E. Terry has been with the Marshall University Police Department for 28 years. Before he became the Director of Public Safety, he served as the Assistant Director. Terry has also served time as a patrol unit for the department.

All members of the University community are urged to lend their support both in reporting crimes and practicing preventive measures to reduce them. Effective law enforcement and protection requires citizen cooperation and assistance. The rapid and successful detection of crime and the apprehension of criminals depend heavily on the speedy reporting and dissemination of facts to University Police. We all share the responsibility for making Marshall University the safest possible place in which to learn.

Chief Terry strives to ensure that the Marshall University Campus and Community is kept safe. Chief Terry can be contacted at 304-696-4357 or at terry@marshall.edu.