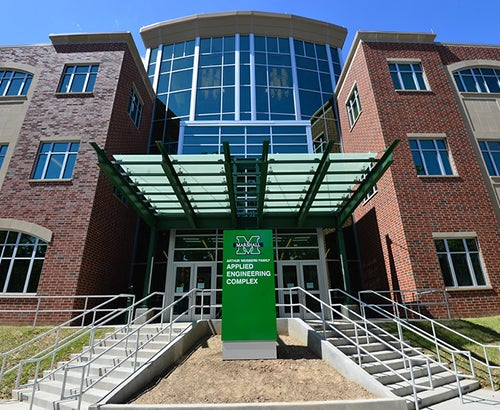 An announcement Friday that nearly $63 million in federal Economic Development Authority (EDA) funding to West Virginia as part of the Build Back Better Regional Challenge equals a direct investment to Marshall University and its regional partners for projects in the Huntington-Charleston corridor.

“Marshall University is privileged to serve with the amazing team who will bring innovation in research, training and workforce development to the Mountain State,” Smith said. “West Virginia stands on the threshold of a great economic reawakening, thanks to an engaged and forward-focused generation of thinkers and doers. The synergy being created across our universities, our federal, state, and local levels of government and our private businesses is highlighting the grit and grace of our Appalachian spirit while propelling economic growth for generations to come. West Virginia is quickly becoming the demonstration project for the rest of the world. Our time has come!”

Smith said the Marshall projects include the following:

The ACT Now Coalition is led by Coalfield Development and includes the cities of Huntington, Charleston, and Logan; Marshall and West Virginia universities; and several economic revitalization organizations and private-sector innovators. The Coalition’s efforts focus on building a new economy for Southern West Virginia.