Marshall University’s Department of History features a distinguished faculty with diverse backgrounds and interests. Our faculty are active members of the Marshall community and publish regularly with leading scholarly presses and journals. 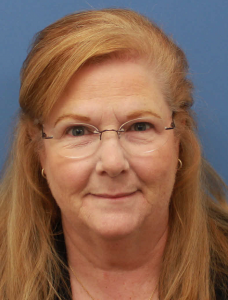 KAREN PARTRIDGE is the Administrative Secretary for the History department. With a lifelong career in customer service, she is excited to meet the students involved with the history department. From first semester freshmen to second year grads, Karen is always happy to help in any way possible. Her office is in Harris Hall 116, and everyone is invited to stop by for a chat, help, or directions. Her door is open! 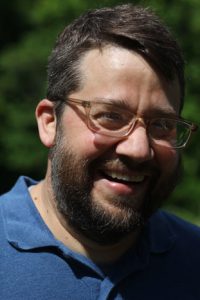 KEVIN BARKSDALE (Ph.D. West Virginia), a professor of American history, is a specialist in Appalachian and West Virginia history. He has extensive teaching experience in Appalachian history and culture, Native American Studies, and Coalfield/Working Class history. His research interests include the 18th century Appalachian backcountry, southeastern Amerindian history, and the trans-Appalachian borderlands. He is the author of The Lost State of Franklin: America’s First Secession (Lexington, KY: The University Press of Kentucky, 2008). He is the editor of the state’s history journal West Virginia History: A Journal of Regional Studies and is currently working on a book (with Dr. Chris White) entitled Trans-Appalachian Epidemics: An Interdisciplinary History from Contact to COVID. 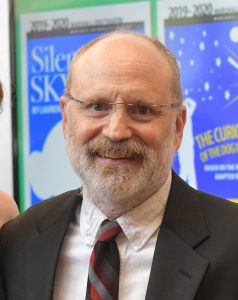 ROBERT DEAL (Ph.D. Temple University), is an associate professor of American history, specializing in legal and environmental history. His research, focused on the laws and customs of the American whaling industry in the 18th and 19th centuries, has resulted in published articles on the legal history of whaling in Ecology Law Quarterly and the University of Toronto Law Journal. His book, The Law of the Whale Hunt: Dispute Resolution, Property Law, and American Whalers, 1780-1880, is recently published by Cambridge University Press. Dr. Deal is also the Director of Graduate Studies for the History Department. 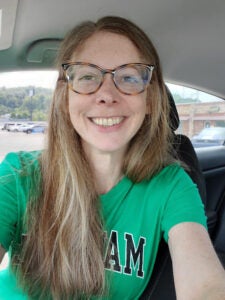 LAURA MICHELE DIENER (Ph.D., Ohio State), teaches medieval and ancient history. She received her PhD in history from The Ohio State University and has studied at Vassar College, Newnham College, Cambridge, and most recently, Vermont College of Fine Arts. She enjoys teaching classes on fascinating peoples of the past, including Vikings, Romans, Ancient Egyptians, and Celts. If you google her, you will find some of her creative essays online. She has written about medieval spirituality, medieval embroidery, and medieval hair. She is currently writing a biography of the Norwegian Nobel-prize-winning writer, Sigrid Undset titled A World Perilous and Beautiful. She is faculty advisor of the History Club and would love to get students involved. 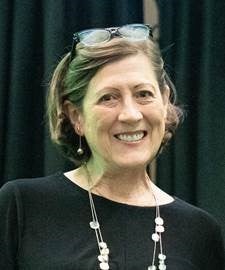 MONTSERRAT MILLER (Ph.D., Carnegie Mellon) is a professor of history specializing in Modern European, Spanish, and food history. Her research has largely been focused on nineteenth and twentieth century Catalonia, on food markets, gender, and the history of consumerism. That work has been supported by the National Endowment for the Humanities, the Program for Cultural Cooperation between Spain’s Ministry of Culture and United States’ Universities, by the West Virginia Humanities Council, by a United States Fulbright Commission Fellowship, and by the American Association of University Women.  Her book, Feeding Barcelona 1714-1975: Public Market Halls, Social Networks, and Consumer Culture, was published by Louisiana State University Press and won Phi Alpha Theta’s Best First Book Award.  Her work has been published in English, Catalan, and Spanish.  She is a Distinguished Drinko Fellow and the recipient of numerous teaching prizes, including the Hedrick Outstanding Faculty Award at Marshall and the West Virginia Professor of the Year Award.  In 2020, she won the Distinguished Faculty Service Award at Marshall, and in 2021 she won the Carolyn B. Hunter Faculty Service Award from the Marshall University Alumni Association.  Professor Miller is currently working on the intersections among urban life, gastronomy, and governance in modern Spain.  She also serves as the Executive Director of the John Deaver Drinko Academy for American Political Institutions and Civic Culture. 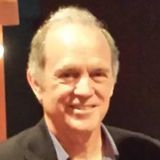 WILLIAM G. PALMER (Ph.D., University of Maine) specializes in early modern (1400-1800) British, Irish, Atlantic, and European history, as well as historiography. He is the author of The Political Career of Oliver St. John; The Problem of Ireland in Tudor Foreign Policy; Engagement with the Past: The Lives and Works of the World War II Generation of Historians; From Gentleman’s Club to Professional Body: The Evolution of the History Department in the United States, 1940-1980, and over thirty articles in such journals as the Journal of British Studies; Albion; The Historian; The Renaissance Quarterly; Historical Reflections/Reflexions Historiques, and the Journal of the Historical Society. He is currently at work on a study of historical constructions of morality and virtue, for which a preliminary sketches have appeared in Historical Journal 52, 4(December, 2009): 1039-52;  the Journal of Early Modern Cultural Studies, 19, 3(Summer, 2019): 163-91; Historical Reflections/Reflexions Historiques, 2(Summer, 2019): 1-21. 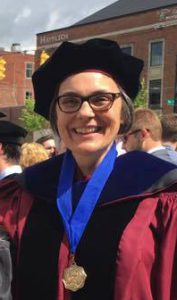 GRETA RENSENBRINK (Ph.D., Chicago), an associate professor of American history, specializing in late-20th century United States history and the history of sexuality. Along with methods classes, she teaches the U.S. in the 1970s and 1980s, the history of sexuality, and LGBTQIA+ history. Her publications include “Parthenogenesis: Regenerating Women’s Community through Virgin Birth,” which appears in the Journal of the History of Sexuality. Dr. Rensenbrink is also Department Chair. 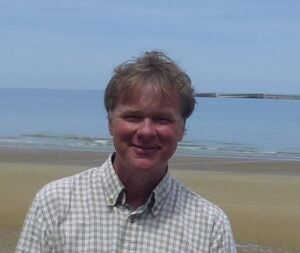 PHILLIP T. RUTHERFORD (Ph.D., Penn State) is a professor of history specializing in nineteenth- and twentieth-century Germany and Central Europe. He teaches courses in modern European history, intellectual history, propaganda and film, Nazi Germany, the Holocaust, and World War II. He is the author of Prelude to the Final Solution: The Nazi Program for Deporting Ethnic Poles, 1939-1941 (The University Press of Kansas, 2007). His ongoing research project explores food, foraging, and American Servicemen during the Second World War. 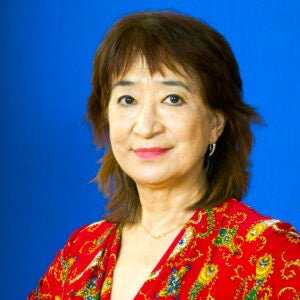 ANARA TABYSHALIEVA (Ph.D., Kyrgyz National University) is an associate professor of Asian history. She teaches courses in modern and pre-modern history of Asia, Eurasia, and Russia. The John D. and Catherine T. Mac Arthur Foundation, the UNESCO, the US Institute of Peace, the Woodrow Wilson Center, and the United Nation organizations supported her research projects. She was a scholar in residence at United Nations University in Tokyo (Japan) and at the Centre for the Study of Islam and Muslim-Christian Relations, University of Birmingham (UK). She authored several books and chapters, and reports on history, international relations, social development, and gender issues. Dr. Tabyshalieva served as co-editor of the UNESCO volume History of Civilizations of Central Asia: Towards the Contemporary Period: From the Mid-nineteenth to the End of the Twentieth Century (Paris, 2005) and participated in UNESCO Hirayama Silk Road Program (1994) and Silk Road expedition (the Steppe Route, 1991). She is the author of the UNESCO report on human security in Central Asia (Paris, 2007) and co-editor of Defying Victimhood: Women and Post-Conflict Peacebuilding (United Nations University Press, Tokyo, New-York, 2012) (also available as a PDF) and Escaping Victimhood Children, Youth and Post-Conflict Peacebuilding (United Nations University Press, Tokyo, New-York, 2014). 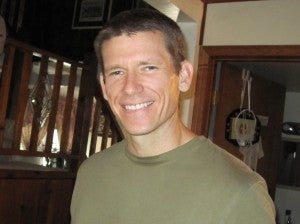 CHRISTOPHER M. WHITE (Ph.D., Kansas), is a professor of Latin American history. He teaches courses on Latin America, the developing world, and U.S. foreign relations and he is the author of Creating a Third World: Mexico, Cuba, and the United States during the Castro Era (New Mexico, 2007); The History of El Salvador (Greenwood, 2008); A Global History of the Developing World (Routledge, 2013) and  The War on Drugs in the Americas (Routledge, 2019). 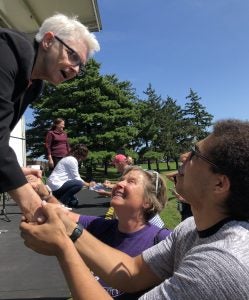 KAT WILLIAMS (Ph.D., Kentucky) is a professor of American history. Her areas of specialization include U.S. women’s history and the history of sport. She is the author of The All-American Girls After the AAGPBL: How Playing Pro Ball Shaped Their Lives, and the forthcoming Isabel “Lefty” Alvarez: The Improbable Life of a Cuban American Baseball Star. Dr. Williams is also the president of the International Women’s Baseball Center, dedicated to the preservation and future of women in baseball. 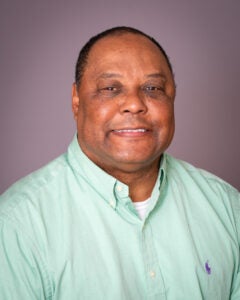 Cicero M. Fain, III (Ph.D., Ohio State) is the current Visiting Diversity Scholar specializing in African American and Black Appalachian history. His teaching career includes positions at Marshall, Ohio University-Southern, Niagara University, and the College of Southern Maryland. He has authored several articles on the African American experience in Central Appalachia and is the author of Black Huntington: An Appalachian Story (University of Illinois Press, 2019), a finalist for the 2019 Appalachian Studies Association’s Weatherford Award and winner of the 2021 West Virginia Literary Merit Award. He is the Marshall Liaison/Steering Committee Member to the ASA and member of the West Virginia History: A Journal of Regional Studies Editorial Board. His current book project is entitled, “Buffalo Soldier, Deserter, Criminal: The Remarkably Complicated Life of Charles Ringo.” 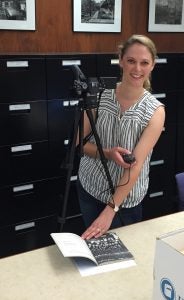 LAUREN ANGEL (PhD Candidate, George Washington) is an adjunct faculty member specializing in U.S. and world history. Her research explores the uses of race and gender in shaping U.S. interactions with the world, and her dissertation, “Hot Bodies, Cold War: Dancing America in Person and Performance” analyzes Cold War dance diplomacy tours. Her current research has been supported by the American Association of University Women, the New York City Public Library, Cosmos Club, and the Shirley H. and Robert L. Richards Endowment. Lauren’s writing has appeared with the online publications History News Network and The Activist History Review, where she also served as associate editor. 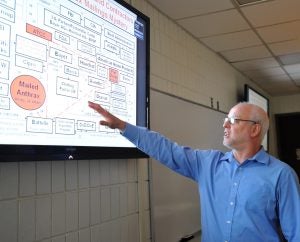 DANIEL HOLBROOK (Ph.D., Carnegie Mellon) His publications are available at: Academia|Dan Holbrook. His current research focuses on contamination control technologies in laboratories and industry, purity and cleanliness in historical perspectives, and piles as technologies. 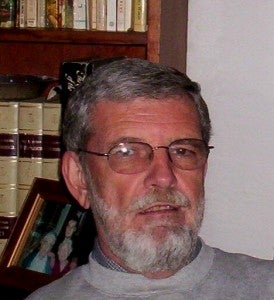 FRANK S. RIDDEL (Ph.D., Ohio State) is the author of several articles on the history of Spain during the dictatorship of Franco, the editor of an anthology entitled Appalachia: Its People, Heritage and Problems and coauthor of West Virginia Government and American Government: The USA and West Virginia. His most recent publication is The Historical Atlas of West Virginia (West Virginia University Press, 2008).

ROBERT SAWREY (Ph.D., Cincinnati) is the author of Dubious Victory (University Press of Kentucky, 1992) and an essay on George Hunt Pendleton in Warren Van Tine, ed., Builders of Ohio (Ohio State University Press, 2004). His most recent book, The Coach and the College (published by the Institute for Regional Studies at North Dakota State University) deals with the connection between a coach, his successful athletic programs and the financial survival of a small liberal arts college in North Dakota. 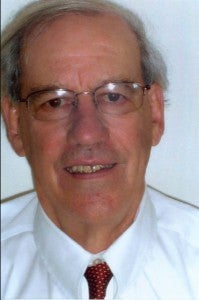 DR. DAVID R. WOODWARD (Ph.D., Georgia) a member of the history department for thirty-six years, taught military history, Russian history and Modern European history. He is the author of eight books and numerous articles in journals such as the Journal of Modern History and the Historical Journal. His book Hell in the Holy Land (published in the United Kingdom by Tempus as Forgotten Soldiers of the First World War) was adopted by both the History Book Club and the Military History Book Club. Woodward, who was a consultant for a BBC program on David Lloyd George, contributed an article on the Middle East during World War I to the BBC history web site. Since his retirement in 2006, Woodward has written two books: America and World War I: A Selected Annotated Bibliography of English-Language Sources (Routledge, 2007) and World War I Almanac (FactsOnFile, 2009).

On May 17, Dr. Chris White of Marshall's History Department spoke to two assemblies and three individual classes of 8th grade students at Independence Middle School outside of Beckley, WV, about study abroad opportunities and ancient Latin American civilizations. Dr. White was invited by his former student and current 8th grade teacher, who graduated Marshall with her BA in Social Studies Education in Spring 2020.
Back to
Top