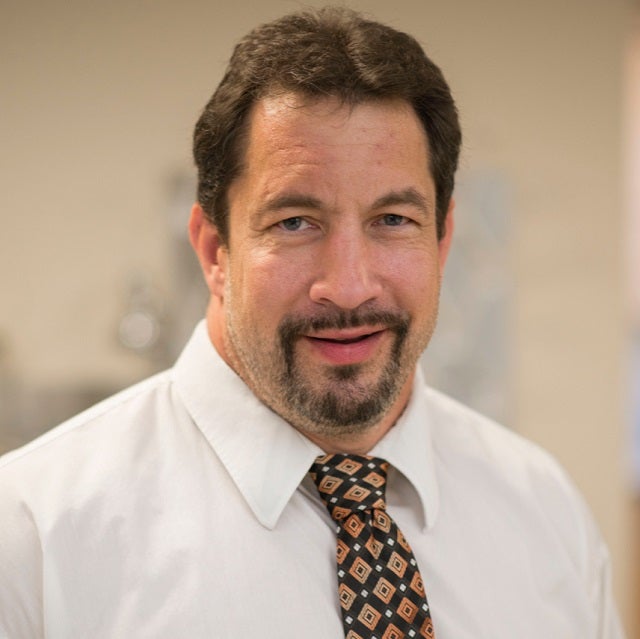 Dr. Blough received his Bachelor of Science degree in Biology from Michigan Technological University in 1990, during which time he was a Freshman Peer Mentor, a member of Phi Sigma Beta Honor Society, and on the Dean’s List. Upon completion of his B. S., Dr Blough enrolled in the Master of Science program in Exercise Physiology at Southern Illinois University, graduating in 1992. After earning his B. S. and M. S., Dr. Blough turned his attention to completing a Ph.D. program in Exercise Physiology at the Ohio State University, which he did in 1997. During his graduate studies, Dr. Blough was a member of the Dean’s List at both Southern Illinois and OSU, as well as a member of the Gamma Beta Phi Honor Society. Furthermore, he received numerous research awards during this time. After graduating, he completed a postdoctoral fellowship in the Department of Physiology and Biophysics at the University of Illinois.

Dr. Blough began his career in 2000 at Michigan Technological University, where he was employed in a variety of positions until 2003. From 2003 – 2006, Dr. Blough continued to serve as an adjunct professor of biomedical engineering at Michigan Technical University; however, at this time he joined the faculty at Marshall University as Assistant Professor in the Department of Biological Sciences with a joint appointment in the Department of Physiology and Toxicology in the Joan C. Edwards School of Medicine. Dr. Blough has also held adjunct faculty positions in the Biotechnology program at West Virginia State University and the Exercise Physiology program in the College of Education and Human Services at Marshall University. In 2006, Dr. Blough was promoted to the rank of Associate Professor of Biological Sciences at Marshall University and since 2010 he has also been an adjunct Clinical Assistant Professor of Cardiology in the Joan C. Edwards School of Medicine at Marshall.

In 2010, Dr. Blough founded the Center for Diagnostic Nanosystems, a research facility affiliated with Marshall University. The Center is designed to bring together scientists, clinicians, and engineers to facilitate discovery of improved ways to diagnose, monitor, and treat chronic disease. The Center is organized into three divisions, the Basic Science division, the Translational Research division, and the Nanomedicine division. Dr. Blough oversees the day-to-day operations of the Center while conducting research and teaching.

A prolific researcher and publisher, Dr. Blough and his colleagues have received approximately $13,000,000.00 in research awards since 1998 and published over 300 scientific manuscripts, technical reports and abstracts – all while maintaining a strong focus on student development and mentoring in his teaching.

Dr. Blough is a well-respected and award winning faculty member. In 2017 he was a finalist for the WV Professor of the Year Award. Previously, he was awarded the 2005 Marshall Distinguished Artists and Scholars Award (Jr. Level), the 2009 Marshall Distinguished Artists and Scholars Award (Sr. Level), the 2009 John and Frances Rucker Outstanding Graduate Advisor Award and the 2017 Hedrick Award as the most outstanding Marshall University Faculty member. Furthermore, Dr. Blough has been nominated for multiple teaching, research, and advising awards nearly every year since joining the faculty at Marshall.

Dr. Blough is active in service to both his profession and his community. He is a member of the Science Advisory Board, judged the Science Fair from 2003-2007, and volunteered with Habitat for Humanity from 2005-2006.