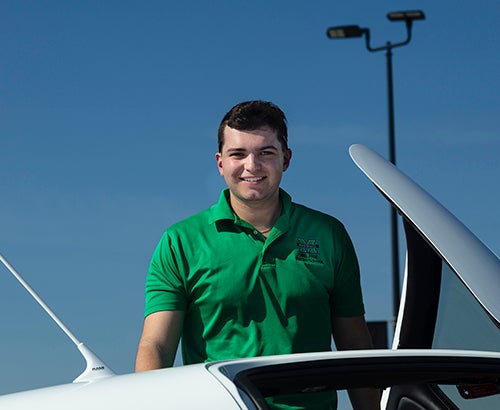 Earning the license is an important milestone in his quest to become a professional aviator.

To earn the license, Joseph needed to complete a rigorous training program. In these courses, he learned much about the science of aviation, meteorology, and how to fly the technologically advanced Cirrus SR20. The final step was to complete a two-hour knowledge test and a 90-minute flight test, during which he needed to complete a range of maneuvers flawlessly.

The private pilot’s license will allow Joseph to fly single engine airplanes as a private pilot. His next set of courses will teach him to learn to use complex navigational and automation equipment.

The Bill Noe Flight School faculty and students are proud of Joseph’s accomplishments.  According to Nancy Ritter, a member of the faculty, “Jay started in our first class and quickly established himself as a leader.  He is known for his talent in organizing large and small study groups.  He is proactive and sets the standard for dedication to safety and quality in his flying.  He and his family are long-time residents of Charleston, where Jay attended school locally, excelling academically and in baseball.  Jay is an exceptional part of the Bill Noe Flight School team, well-liked by students and staff.”

Joseph is a 2020 graduate of George Washington High School in Charleston, West Virginia. 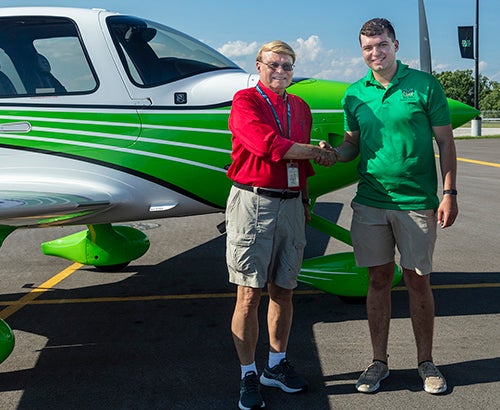 The school is named after Bill Noe, an alumnus of Marshall University who was a star athlete. After graduating, Noe learned to fly and later became a certified flight instructor at Flight Safely International. He then became a pilot for NetJets and later its COO.