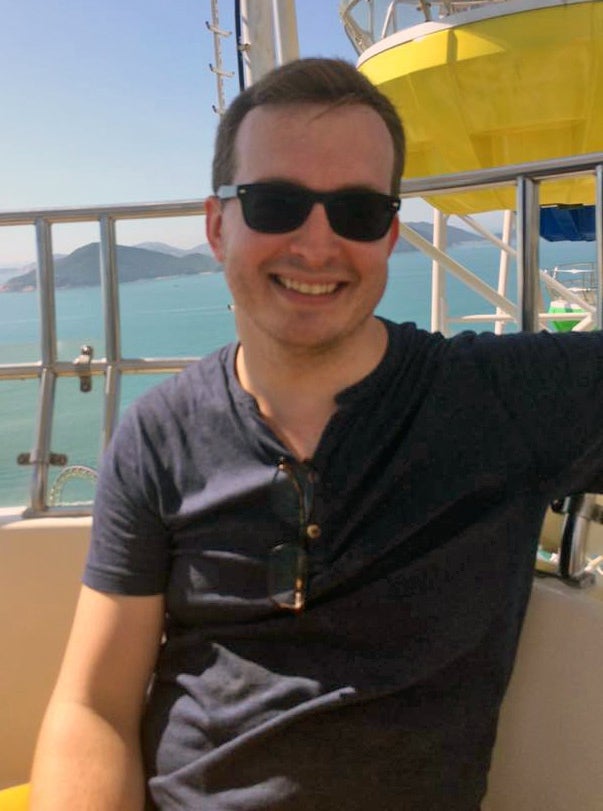 My career is not the one that I thought I would end up with, or even the one I planned on, during my time at the W. Page Pitt SoJMC — but that’s not to say that what I learned there didn’t prepare me for the future.

That was actually a huge source of anxiety for me during my collegiate career; that I had somehow chosen the wrong path, that the skills I was learning wouldn’t be remotely applicable to whatever job I ended up in — a job that would almost certainly land outside of the very, very narrow fields I was studying for. I watched friends and fellow students try, and fail, to land one of the rare TV news jobs at the few stations hiring across the country. I worried my degree in Broadcast Journalism would sit unused on my wall and in my brain, and that I might be wasting my best years on an education I wouldn’t end up utilizing, wherever I ended up.

That’s not really how education works, I’ve learned. Certainly not the kind I got at the SoJMC.

In my Junior year at Marshall, I got a job writing news articles for a video game website run by AOL called Joystiq. I lucked out; it ended up getting me started on a career path that I’m still on today. I produce videos for Polygon — a video game site I helped co-found in 2011 — which is owned by Vox. At both sites, I’ve filled multiple roles (weekend editor, producer, reviews editor, contributor, deputy news editor, podcast editor), all of which required me to learn new skills fast in order to adapt to an ever-changing, hyper-competitive industry.

I didn’t learn how to write about video games at Marshall, because, well, that’d be ridiculous. (I certainly would have audited that course, for what it’s worth!) But I did learn to write, following the AP Style conventions which, by graduation day, I was reciting in my sleep. I learned how to cover subjects that I knew virtually nothing about during my time covering the Student Government Association for the Parthenon, which sounds fairly low-stakes today, but at the time felt like House of Cards-level political intrigue. I learned how to conduct, transcribe and quote interviews effectively, and how to edit and refine my pieces until I was proud of them, even if it meant camping out in the Parthenon press room long after closing time.

Those skills, as it turned out, have been useful my whole career; but it’s the expectations that the SoJMC and its faculty placed on me every day that have been far more practical.

The requirement to get out there and do the job is invaluable, and gave myself and every one of my colleagues a leg up in the form of real world experience. The exacting standards of the professors who graded and published my writing got me over some of my worst habits, both in terms of being a lazy writer and, more generally speaking, a lazy person. I learned how to find my own answers to questions, and my own problems to solutions, both of which required me to break out of my personal comfort zone on a daily basis.

My work at WMUL taught me the joy of owning your thing, even though “my thing” was something as relatively insignificant as a radio show I did with my friends at two in the morning. With the skills and confidence I learned from working on that show and news broadcasts for WMUL, I was extremely well prepared for my second career in podcasting, where I get to create things I’m proud of with joy-inducing consistency.

Looking back, I think there’s few things in life that you can learn that will, in turn, only be applicable in a single, specific situation. That holds so very true for the things I learned at the SoJMC. I never took a class called “Writing About Video Games” or “Making a Dumb Video Series” or “Podcasting,” but I was nonetheless prepared for those paths because of the determination, self-reliance and countless other life-changing, career-affirming attributes I gained at Marshall.