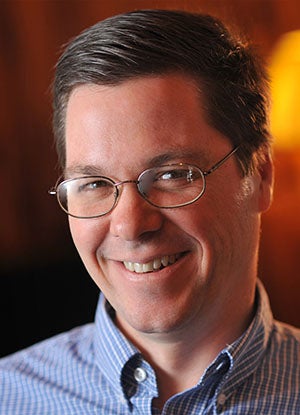 Reporter, editor, publisher, newspaper owner, communicator and mentor.  All of these words — and more — sum up Stadelman’s career. Stadelman was one of Marshall’s Yeager scholars who launched his career working at the Charleston Gazette where he rose to Managing Editor. He left the Charleston Newspapers to become editor and publisher of the Parsons Advocate in Tucker County. He left the Advocate to take on communications director of Earl Ray Tomblin’s gubernatorial campaign.

Stadelman passed away at age 48 following a battle with cancer, his second bout having survived Hodgkin Disease as a young man. The Stadelman Family Scholarship for the Society of Yeager Scholars was endowed in his honor.