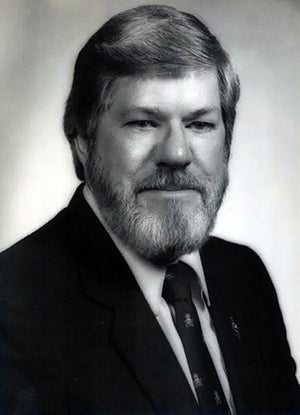 Professor Emeritus Dr. George T. Arnold, started his 36-year career in Marshall’s School of Journalism and Mass Communications in 1968. He earned both his Bachelor’s and his Master’s degrees from Marshall and a Ph.D. from Ohio University. Before coming to Marshall, Arnold worked full-time for eight years as a sports and news reporter for the Beckley Raleigh Registerand for the Huntington Herald-Dispatch. He also taught high school English for three years.

Arnold served more than 30 years as faculty co-adviser of the student chapter of the Society of Professional Journalists. He and co-adviser, Dr. Ralph Turner, were chosen as national chapter advisers of the year in 1990. He is a charter member of WVU High School Teachers Hall of Fame, in 1987 he was the first recipient of the Marshall and Shirley Reynolds Outstanding Teacher Award at Marshall.

He served as director of United High School Press (changed later to United High School Media), and in 2007 he was selected by the university alumni as one of the top professors in school history. He is the author of Media Writer’s Handbook, a Guide to Common Writing and Editing Problems and Arnold has begun writing fiction, producing one published novel, Wyandotte Bound, and one self-published short story, One Minute Past Christmas.