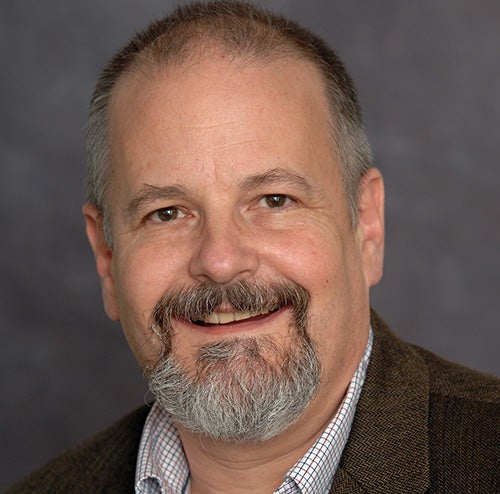 Dr. David Pittenger, Marshall’s interim associate vice president for Outreach and Continuing Studies and dean of the Graduate College, will appear at 10 p.m. Tuesday, Aug. 1, on truTV’s Adam Ruins Everything, a show in which investigative comedian Adam Conover debunks common misconceptions and shares hidden realities about a variety of common experiences, from weight loss to going green.

Pittenger will appear on an episode about dating websites and will discuss his research on the Myers Briggs Type Indicator (MBTI), a personality test. Pittenger has a Ph.D. in psychology and specialization in statistics, research methods, and classical and operant conditioning – and he has written extensively about the MBTI.

“In brief, I and most psychologists who study how psychological tests are created and validated, find that the MBTI does not do all the things it claims to do,” Pittenger said, adding that it classifies people into only one of 16 personality classification schemes, when most people would actually land in more than one. He takes issue with this and other elements of the test as well.

“The problem is that the promoters of the test believe that the MBTI can be used to advise the academic major or career one should pursue, be used as a job screening tool or used to help you find your soulmate,” Pittenger said. “There is not sufficient evidence to make these claims.”

In this episode of the show, Conover makes reference to the Foyer Effect, a “psychological phenomenon in which people will accept totally random statements about their personality as being highly accurate,” Pittenger said. “As a part of the show, I will be able to explain why the claims about the MBTI are bogus.”

Pittenger was discovered by the show’s writers during their own research, and spent about an hour discussing his work with them. Later, they asked if he could appear on the show.

“It was a great time,” he said. “Meeting Adam Conover was a great experience. He is bright, witty, and extremely personable. He and his staff did much to make me feel comfortable on the set during the filming and we spent much time talking about common interests as well as the MBTI.”