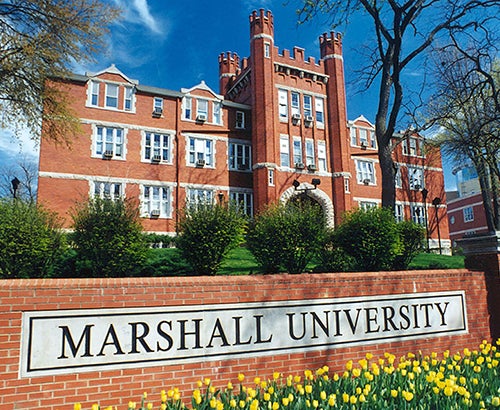 Marshall University’s Department of Public Health has established the Minority Health Institute to address health disparities and health equity among minority and underserved populations in the state of West Virginia.

“Established in January 2018, Marshall’s Minority Health Institute has the unique ability to assist the bureau to coordinate statewide efforts to reduce health inequity for vulnerable populations as defined by race and ethnicity, socio-economic status, geography, age, disability status and among other populations identified to be at risk for health disparities,” Woart said. “I am extremely excited about the opportunity to work with the leadership of the West Virginia Bureau of Public Health. In promoting minority health, I believe this partnership will lead to the reduction of the burdens of health disparities not only among the minority populations of West Virginians, but also among the underserved population of the state.”

“We are enthusiastic about this new cooperation with the Marshall University Minority Health Institute,” said Rahul Gupta, M.D., M.P.H., M.B.A., commissioner and state health officer for the Bureau for Public Health. “This initiative will help the bureau coordinate efforts to promote health equity for vulnerable populations as defined by social determinants of health.”

In order to coordinate statewide efforts to reduce health inequities, Woart appointed LaDawna Walker as the minority health coordinator to assist with the development of a comprehensive strategic plan for the state’s minority health improvement initiatives.

“Health is the greatest gift that can be offered to each individual,” Walker said. “It is very important that we continue to bring awareness to bridging the gap of health disparities that affect minorities and the underserved population in the state of West Virginia. I look forward to developing partnerships that will allow us to provide outreach services to vulnerable communities and to educate at-risk populations.”

Walker, a Huntington native and alumna of both Marshall University and West Virginia University, said she is honored to have the opportunity to advance minority health initiatives in the state. Walker is also a social worker and qualified mental retardation professional.

To learn more about the Minority Health Institute and its initiatives, contact Walker at walker70@marshall.edu or call 304-696-4022. For more information on the Marshall University Department of Public Health, which is housed in the university’s College of Health Professions, visit www.marshall.edu/public-health.