Our alumni have agreed to share their career paths post graduation, and to relate how they have applied their experiences from the school of journalism and mass communications. “My Degree in JMC” will be a monthly column written by alumni who will trace for us their careers and identify the influences they have carried from college. 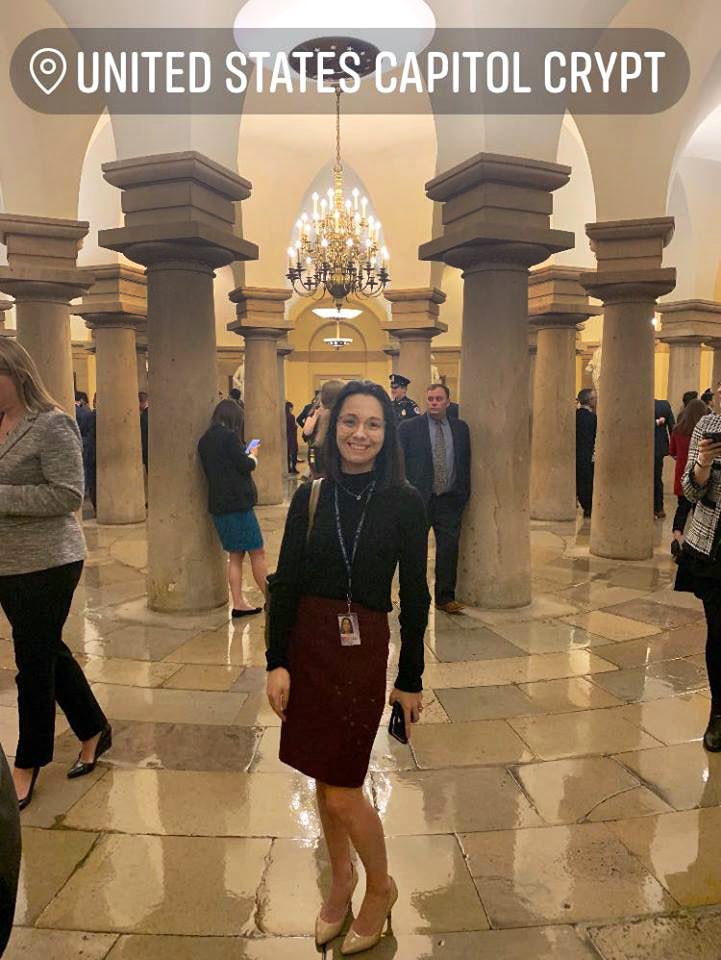 At 18 I decided to attend Marshall University for three silly reasons: the topography, its distance from home, and because it was the first school from which I received an acceptance letter. While my initial reasons for going to Marshall were silly, what I was taught there were practical skills. The faculty at SOJMC provided me with the tools and education I needed to make a difference.

While at Marshall, I was able to get hands-on skills in media relations, audio and video editing, website management, graphic design, social media management, and so much more. Between working at WMUL, my journalism classes and my internships, I had a major head start in the professional world.

Capitol Hill is full of A-type personalities with degrees from great schools, all fighting over the same jobs. The first job I got was as a press assistant for former Rep. Mark Sanford (R-S.C.-1). I was one of over 1,000 people who applied. What made me stand out was that during my time at Marshall I had worked at WOWK, WMUL and had internships at Huntington Area Development Council, and for the City of Huntington.

In March of 2018, I took a job with former Rep. Evan Jenkins (R-W.Va.-3) and in April I took over as his communications director. During my time with Rep. Jenkins, I had the privilege of working with him on his farewell floor speech, and I planned the press conference for the passage of the CRIB Act, which helps babies suffering from Neonatal Abstinent Syndrome.

I have continued to use every single skill I was taught at the SOJCM in my role as communications director for Rep. David B. McKinley P.E. (R-W.Va.-1). As the only communications staffer in my office, I oversee all press releases, social media posts, and speeches, and I clip all videos, set up interviews, respond to reporters, work with the Congressman on op-eds, and continuously update our website.

Working on the “Hill” has been a whirlwind experience, and it’s funny how easy it is to glance over some of the amazing experiences it has provided me. For instance, I was in the Capitol during the State of the Union and have also had the opportunity to be on the House Floor during bill debate. To me, the coolest part is still when I look at the Capitol dome and remember that I work where our nation’s laws are written.

At 25 years old I have become an awarding-winning journalist, I have earned my bachelor’s and master’s degrees from the SOJMC, and I am the communications director for Rep. McKinley. I can honestly say I wouldn’t be here if it weren’t for the skills I acquired at the SOJMC.

(Bonus: I met my husband-to-be in the SOJMC computer lab.)