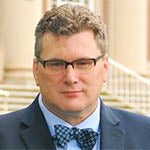 Bill Gardner is an Assistant Professor at Marshall University, where he teaches information assurance and foundational technology courses in the Department of Forensics. Bill has spent the past four summers teaching making, cybersecurity, fundamental technology, and coding to K-12 students. He spent the past summer teaching Python to middle-high school students with a special emphasis on attaching girls and minorities to STEAM fields.

In addition, Bill a co-author of “Building an Information Security Awareness Program: Defending Against Social Engineering and Technical Threats”, and “Google Hacking For Penetration Testers”.

More information about Bill Gardner can be found at https://www.linkedin.com/in/304blogs. 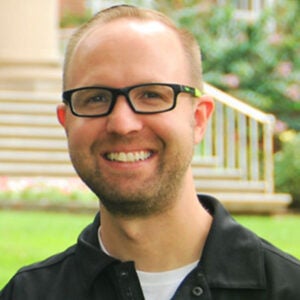 Josh Brunty is an Associate Professor at Marshall University, where he teaches both foundational and specialized laboratory courses within the Digital Forensics and Information Assurance and Forensic Science graduate degree programs. Josh is a former digital forensics laboratory manager and examiner with over a decade of experience in the field of digital forensics and high-tech crime investigation. Prior to joining Marshall University, Josh spent several years as a Digital Forensics Examiner and Laboratory Technical Leader assisting in many high-profile cases for agencies around his home state of West Virginia, as well as serving on several federal and state-level cyber-crime task forces and panels.

Josh has developed a variety of digital forensic training sessions and curriculum, including past recertification scenarios/examinations for the International Association of Computer Investigative Specialists (IACIS). Josh is the author of books, book chapters, and journal publications in the field of digital forensics. mobile device forensics, and social media investigation. His research interests include: applied social media forensics, mobile device exploitation and forensics, and image and video forensics. He is a frequent speaker at international and national digital forensic and security conferences, and guest lectures at various universities throughout the world.

Brunty has also participated in various national and international committees and panels focusing on the advancement of digital forensic science and digital evidence in the US. Josh is a member of the Mid-Atlantic Association of the High Technology Crime Investigation Association (HTCIA), the Digital-Multimedia Sciences section of the American Academy of Forensic Sciences (AAFS), the NIST OSAC subcommittee on digital evidence, the Appalachian Institute of Digital Evidence (AIDE), the West Virginia Cyber Crimes Task Force, and the West Virginia Chapter of FBI INFRAGARD. 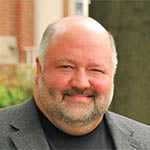 John Sammons is an Associate Professor and serves as the Chair of the Department of Forensic Sciences and the Director of the Digital Forensics and Information Assurance Program.

John is the author, co-author, and contributor of several books including the best-selling “The Basics of Digital Forensics” published by Syngress. In 2013, “The Basics” was nominated for Digital Forensics Book of the Year by Forensic 4 Cast. This book is currently in its second edition and has been translated into Korean.

His other books include “Digital Forensics: Threatscape and Best Practices,” and “The Basics of Cyber Safety: Computer and Mobile Device Safety Made Easy.” John co-authored the digital forensics chapter in Douglas Ubelaker’s book “Forensic Science: Current Issues, Future Directions.” The book is co-published with the American Academy of Forensic Sciences. John also authored the digital forensics chapter in the book “Information Security: A Strategic-Based Approach.”

His latest book, “Digital Forensics Trial Graphics: Teaching the Jury through Effective Use of Visuals” was published in March of 2017 by Academic Press.

He is a former Huntington Police officer. John spent the majority of his career as a detective investigating drug trafficking in and around the Huntington area. John’s investigative work was recognized by the United States Department of Justice when he received their award for public service. While at HPD, John was one of the lead firearms and tactics instructors. In addition to his teaching duties at HPD, he regularly taught patrol tactics at the West Virginia State Police Academy.

Prior to joining the faculty at Marshall, John co-founded Second Creek Technologies, a digital forensics and electronic discovery firm located in Barboursville, West Virginia. While at Second Creek, John served as the Managing Partner and CEO.

John is an adjunct instructor at the Marshall University Forensic Science Center where he teaches advanced digital forensics and firearms to graduate students. John routinely provides training for the legal and law enforcement communities in the areas of digital forensics, investigations, and electronic discovery.

He is the founder and President of the Appalachian Institute of Digital Evidence. AIDE is a non-profit organization that provides research and training for digital evidence professionals including attorneys, judges, law enforcement, and information security practitioners in the private sector.

John served 11 years as an officer in the U.S. Army Reserve and the West Virginia Army National Guard.