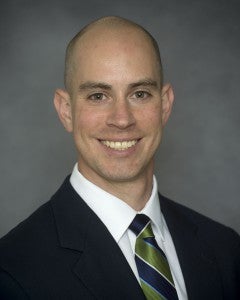 Robert Powell, PhD, is an Assistant Professor within the Department of Exercise Science. Since Fall 2014, Dr. Powell has taught courses within both the graduate and undergraduate programs and serves as Director of the Diabetes Exercise Center within the Human Performance Lab. He also serves as the coordinator for the graduate exercise science program. In addition to these roles, he continues to spend his summers as the Lead Exercise Physiologist with the Diabetes Training Camp™ where he helps adult individuals with Type 1 and Type 2 diabetes effectively manage their blood sugar and insulin levels to achieve their fitness goals (ranging from walking programs to Ironman triathlons). Prior to his academic position at Marshall, he spent the past decade at the University of Pittsburgh Diabetes Institute. There, he was involved in both clinical and community based research programs throughout southwestern Pennsylvania relating to diabetes, obesity and physical activity. From 2008- 2010, he was Program Manager and Principal Investigator for a Diabetes and Heart Disease Prevention Program focusing on the underserved population within Pittsburgh, PA. In 2012, Dr. Powell became one of very few exercise physiologists throughout the country to obtain the Certified Diabetes Educator (CDE) credential and began working in the primary care settings as a diabetes educator. Through these experiences, Dr. Powell quickly realized a huge void between exercise and diabetes throughout the clinical settings. This concern shaped his dissertation, which focused on exploring factors that influence the diabetes educator’s ability to counsel on physical activity. He received both his PhD and M.S. in Exercise Physiology from the University of Pittsburgh and obtained his B.S in Health Science from Slippery Rock University. Dr. Powell also holds the American College of Sports Medicine- Clinical Exercise Physiologist (CEP) certification and the National Strength and Conditioning Association- Certified Strength and Conditioning Specialist (CSCS) certification. Dr. Powell’s academic ambition is to educate and engage both students and healthcare professionals on the role of physical activity and sport to improve the population’s health and disease management. His primary research interests involve examining the therapeutic effects of physical activity and sport on clinical parameters and functional quality of life in those with various chronic conditions, particularly diabetes. Dr. Powell is also interested in exploring sustainable health care models using physical activity as a primary outcome measure to improve patient’s health across the lifespan. 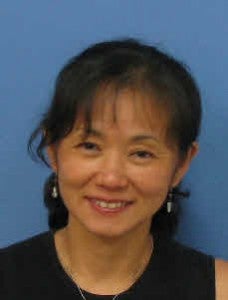 Kumika Toma, Ph.D., is an associate professor in School of Kinesiology at Marshall University. Dr. Toma earned her Ph.D. degree in Muscle Biology and Exercise Physiology from the Ohio University Department of Biological Sciences and completed her postdoctoral training at Ohio University Heritage College of Osteopathic Medicine. Her research interests include human skeletal muscle responses to various stresses, such as training and de-training. As a clinical acupuncturist for the Japanese National Team, she became interested in neuromuscular injury and disease. She is also a visiting scholar at Ohio Musculoskeletal and Neurological Institute, where she is investigating sympathetic nerve activity in response to stress by directly recording nerve activity from human nerve. Dr. Toma is excited to explore new opportunities and bring innovative research topics and activities to the Marshall University College of Health Professions. David Cottrill, M.S., graduated from West Virginia State University with a B.S. in Sport Studies in 2012. He then received his M.S. in Exercise Science from Marshall University in 2014. Currently, he is a Ph.D. candidate of Molecular and Cell Biology at Ohio University, in his final year. He specializes in exercise metabolism and diabetes, and his current research focus at Ohio University is centered on investigating the effects of reducing glucose transport as a means to preserve pancreatic beta-cell mass in Type II diabetes. At Marshall University, his research focuses primarily on the metabolic effects of physical stressors, such as heat and hydration status, on exercise metabolism and performance.