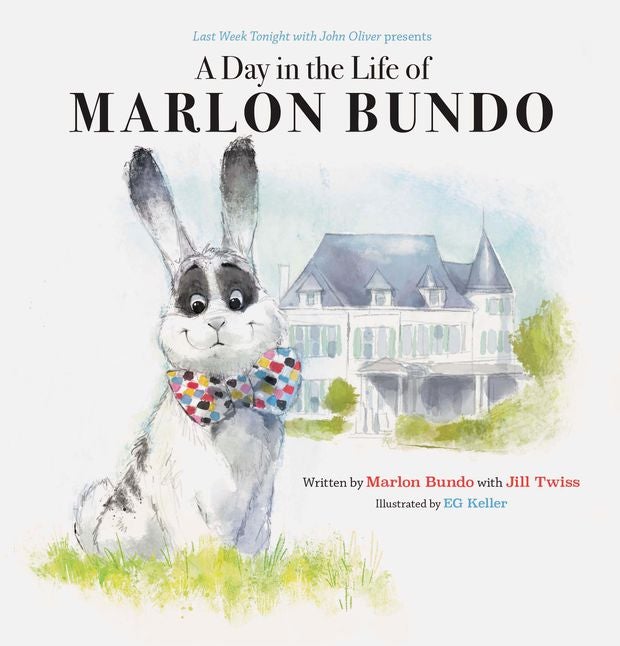 Challened and vandalized for LGBTQIA+ content and political viewpoints, for concerns that it is “designed to pollute the morals of its readers,” and for not including a content warning.

A person defaced this parody ofMarlon Bundo’s A Day in the Life of the Vice President, [in Tahlequah, OK] writing in the book that “Girl bunnies marry boy bunnies. This is that way it has always been.” Then the person added, “because science.” No formal request for reconsideration was files. The director announced that typically people are asked to pay for books they have damaged.

This parody of a children’s book about Vice President Mike Pence’ pet rabbit (Marlon Bundo’s A Day in the Life of the Vice President) was challenged by a patron at the public library of Terrell (TX). She had been reading the book to her 8-year-old granddaughter, but stopped when they got to the part of two male bunnies getting married to each other. The patron objected on religious grounds, believing the book encouraged her granddaughter to accept a lifestyle the Bible called sinful.. After a public presentation to the library’s advisory board, the board decided to retain the title, citing the Library Bill of Rights and the Freedom to Read statement. Following a public challenge to all LGBTQIA+ materials,
this parody of the picture book about Vice President Mike Pence’s family rabbit was challenged at the Orance City (IA) Public Library by members of the community, who objected to the book’s scene about two male bunnies falling in love. They objected to the book on the grounds that it indoctrinated children and pushed an agenda the community did not agree with. But others in the community disagreed. The board heard public discussion at one meeting and then chose to retain the title at a subsequent meeting, angering some community members by their decision not to allow public testimony at that particular meeting.