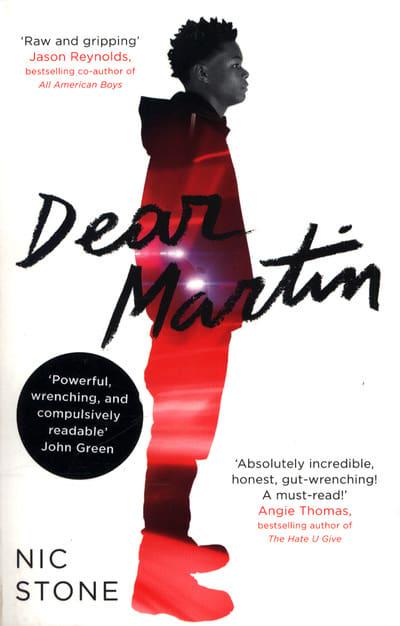 Challenged at Rockwood School District (St. Louis County, MO). Parents complained about the use of Dear Martin by Nic Stone in the “culture and identity” unit of Rockwood School District’s ninth grade English classes. The school district’s lesson plans contextualize the book’s themes of racism and police violence through discussions on racial profiling, civil disobedience, and affirmative action. According to Rockwood spokesperson Mary LaPak, when the district selects “literature that students can choose to read, we look for books that include people with disabilities, people of different backgrounds, and people with different life experiences. We want all children to have access to books that are reflective of themselves.” Janet Deidrick said she was “heartsick” when listening to the audiobook and hearing what she described as an “anti-police sentiment.” Complaints from parents are part of a larger movement resisting the district’s efforts to adopt a more inclusive curriculum aligned with its “educational equity resolution” and goals of “identifying conscious and unconscious biases and eliminating barriers to educational achievement.” To protest this, local parents organized a forum with Republican state Representative Dottie Bailey and state Senators Andrew Koenig and Cindy O’Laughlin to discuss “what is being taught in your child’s school.” According to Geneviève Steidtmann, parent of a Rockwood seventh grader, the pushback against the curriculum is “proving the point that we need this education more than ever. . . . Stopping teachers from teaching facts and the truth is dangerous.”

A committee submitted a list of supplemental novels recommended for reading in English courses in Columbia County (GA) high schools and were specifically asked in an email the day before school began to provide a list of page numbers of any sex or rape scenes, graphic depictions, or profanity other than “hell” or “damn.” The superintendent said she was unwilling to approve Regeneration, Mark Haddon’s The Curious Incident of the Dog in the Night Time, and Nic Stone’s Dear Martin because of the “explicit” and “unacceptable” content. A procedure was adopted that notifies parents about the use of controversial titles in the classroom and allows the parents to request redacted copies. The superintendent stated that the district does not have a process to decide what books are allowed in the media centers but will begin looking at a review procedure.