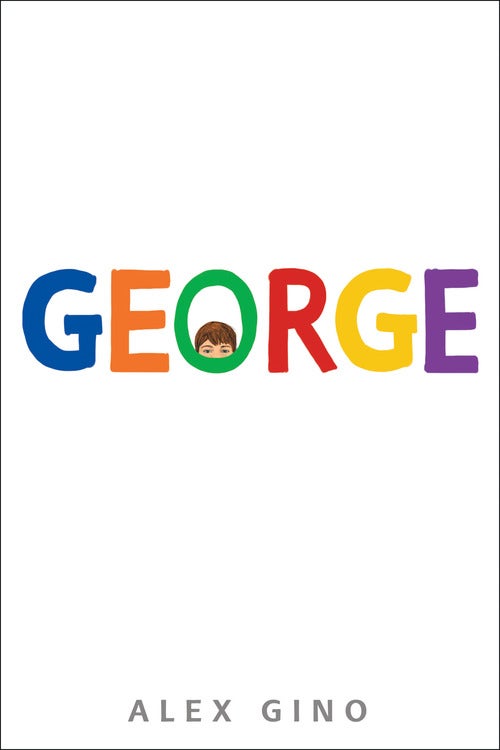 The Lincoln Parish Library in Ruston (LA) had a very contentious board meeting that led to an agreement that the library would “adhere to its policy and refrain from censoring any book due to race, gender, sexuality, religion, nationality, or political views.” All titles previously removed (Wings of Fire (series); Mommy, Mama, and Me; My Two Dads; My Two Moms; Real Sisters Pretend; The Great Big Book of Families; A Tale of Two Daddies; Jazz Jennings: Voice for LGBTQ Youth; Snapdragon; Meg, Jo, Beth, and Amy; George; and Rick) would be returned to their regular shelves. The board also affirmed that “every book inside the library was selected to be inclusive of all members of the diverse Lincoln Parish community.”

Challenged, banned, and restricted for LGBTQIA+ content, conflicting with a religious viewpoint, and not reflecting “the values of our community.”

Several patrons of the Lincoln Parish Library in Ruston (LA) complained about George and Rick, two books in the children’s room collection featuring LGBTQIA+ characters. The identical complaints referenced an upcoming mill levy election for the library. While the patrons agreed that neither book was sexually graphic, they expressed concern that children could encounter a topic the parents didn’t want them to. At a meeting of board members at which a quorum was not present, some board members asked the director to remove the books from open shelves, making them available only to parents who request them, to appease the complaining patrons. The director complied, but protested that the restrictions the challengers did not reflect library policy. After this board meeting. a minority of members added an additional 13 titles to the complaint: Wings of Fire (series); Mommy, Mama, and Me; My Two Dads; My Two Moms; Real Sisters Pretend; The Great Big Book of Families; A Tale of Two Daddies; Jazz Jennings: Voice for LGBTQ Youth; Snapdragon; and Meg, Jo, Beth, and Amy. News reporters covering the challenge noted that the director was under no legal obligation to follow a non-quorum board decision. Since then, the library’s levy was defeated; many local citizens apparently used the election to protest what they saw as library censorship. The board subsequently voted to abide by library policy and reinstate the books to the children’s collection.

Three books with LGBTQIA+ protagonists and themes were removed from a 5th grade classroom by the Swarthmore Rutledge School administration in the Wallingford-Swarthmore (PA) School District (WSSD). None of the three books — Ivy Aberdeen’s Letter to the World, George, and When Aidan Became a Brother — concerned “mature” or violent topics. The books in question were returned to the classroom only after many community members, including students, contacted the WSSD administration about their removal and criticized the decision-making process as not transparent. The district acknowledged
that all the books were age- and grade-appropriate.

Challenged, Banned, restricted, and hidden to avoid controversy for LGBTQIA+ content and a transgender character; because schools and libraries should not “put books in a child’s hand that require discussion”; for sexual references; and for conflicting with a religious viewpoint and “traditional family structure.”

The Scappose (OR) School Board proposed a resolution to take George off the 16-book list for elementary students, a decision that would exclude its students from competing in regional or state voluntary Oregon Battle of the Books contests. No student was required to read the book. Following a contentious board meeting, the board defeated the resolution to remove the book from the list on a 5-2 vote.

Citing “sexual content,” issues of bullying, rebelling against police, and refusing to take medications, George, Lily and Dunkin by Donna Gephart, and I Am Jazz by Jazz Jennings and Jessica Herthel were challenged at the Andover (KS) Public Library. The request was to remove the books from the children’s area. After a review process, the library decided to retain them all as cataloged. When the decision was appealed by the parents, the library board voted to retain the books.

The Tigard-Tualatin School District (King City, OR) considered requiring a parental permission slip before allowing elementary school-aged students to read Gino’s fictional story of a 10-year-old transgender girl whom the world sees as a boy named George. However, some parents objected to the proposal. News reports indicate that the school planned to hold a meeting with staff and parents to review the book, then decide what, if any, actions to take. The Oregon Battle of the Books (OBOB) is a voluntary competition that encourages students to read from a vetted list of books and answer questions in a quiz-style event. Included on the 2018 list was George, a book about a transgender child. Four elementary schools in the Cascade school district chose to withdraw from the competition. The Hermiston School District barred its elementary students from participating in the statewide reading competition, allowing only the district-level competition that did not include George. Bend and Tigard-Tualatin school districts also discussed participating in the OBOB with the full reading list. Over 2,000 signatures were collected on a petition to reject any ban on George and other books that provide visibility and support for LGBTQIA+ individuals. The OBOB executive committee and the Oregon Association of School Librarians retained the book on the 2018-2019 reading list.

Removed from a set of award-winning books that the Wichita (KS) School District purchased for all 57 Wichita elementary schools, but school librarians can purchase with their own funds. The supervisor of library media for the Wichita district stated that the book about transgender 4th grader contains language and references that are not appropriate for young children.

Challenged because it includes a transgender child, and the “sexuality was not appropriate at elementary levels.”