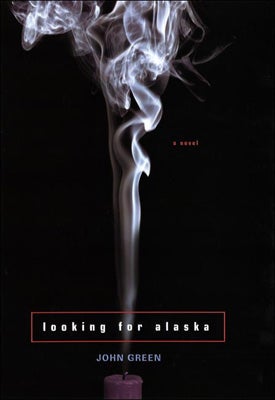 A parent of an honors student in Clinton (NC) English II class complained about the alleged pornography and vulgar language of Green’s YA novel at a public board meeting of the school district. While not asking for the removal of the book, he did seek parental notification of reading selections, and the ability to opt-out. School officials followed their reconsideration process and the book was retained. A parent of an 8th-grade student at Galileo STEM Academy (Boise, ID) complained to school administrators about Green’s YA novel. Sidestepping district policy and precedent, administrators withdrew the title from all middle schools. According to a school spokesperson, “there’s description of pornography, there’s smoking, and the book ends with a kind of question about a possible suicide. Even the author says it’s really intended for high school students.” Withdrawn.

Challenged, but retained at the Marion County High School in Lebanon (KY). Planning to use the novel in her senior English class, the teacher sent home permission slips so parents would have the option to keep their child from reading the book. One parent accepted the offer for her child to leave the room during those lessons. That parent, however, didn’t want other children discussing it either and filed a challenge against Green’s novel, igniting an overwhelming show of support for the book from students, alumni, community members – and even Green himself. This coming-of-age story traces the journey of Miles Halter, a misfit Florida teenager, who leaves the safety of home for a boarding school in Alabama and a chance to explore the “Great Perhaps.”

Challenged, but retained in the Lumberton Township (NJ) middle school despite a parent questioning its “sexual content.”

Challenged, but retained in the Waukesha (WI) South High School despite claims the book is “too racy to read.”

Challenged in the Verona (NJ) High School curriculum because a parent found the sexual nature of the story inappropriate.

Banned as required reading for Sumner County (TN) schools because of “inappropriate language.”

Challenged as required reading for Knox County (TN) High Schools’ Honors and as Advanced Placement outside readings for English II because of “inappropriate language.” School Superintendent Dr. James P. McIntyre, Jr. said that a parent identified this as an issue and the book was removed from the required reading list. He didn’t say whether the book was still in the schools.

Challenged, but retained for the 11th grade Regents English classes in Depew (NY) despite concerns about graphic language and sexual content. The school sent parents a letter requesting permission to use the novel and only 3 students were denied permission.

Challenged, but retained for the 11th grade Regents English classes in Depew (NY) despite concerns about graphic language and sexual content. The school sent parents a letter requesting permission to use the novel and only 3 students were denied permission.