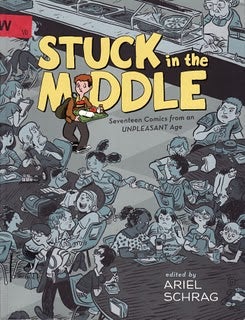 Because of parent complaints, Del Crest (OK) Middle School, part of the Mid-Del School District, temporarily removed the book Stuck in the Middle, a series of illustrated tales by Ariel Schrag , from the library shelves. One parent called it “trash” and complained of vulgarities, sexual references, and drug use in some of the stories. Following district policy, a review committee recommended the book be retained.

Challenged, but retained in three Main towns – Dixfield, Mexico, and Buckfield – middle school libraries despite “objectionable sexual and language references.” The book, however, will be placed in the libraries professional collection, which means a student may take out the book only if parental permission is granted.