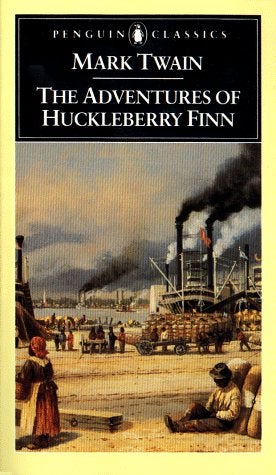 After parent complaints about the use of racist epithets in To Kill a Mockingbird; Adventures of Huckleberry Finn; The Cay; Of Mice and Men; and Roll of Thunder, Hear My Cry, the Burbank (CA) Unified School District superintendent issued a statement removing the books from the district’s required reading lists for its English curriculum and banned the use of the N-word in all school classes. The books will be allowed in classroom libraries, but no student can be required to read them. At a board meeting, the superintendent stated, “This is not about censorship, this is about righting the wrongs of the past.”

Citing the use of racial slurs in the books, Duluth (MN) school district administrators decided to remove Twain’s book and To Kill a Mockingbird from the curriculum “to protect the dignity of our students” and not require them to read books that marginalize them. The titles remain in the school library, and are still optional reading for students.

Lawrence (KS) High School student newspaper first reported the challenge to using Adventures of Huckleberry Finn as an 11th-grade English class required reading assignment. Despite claims from the school district that the book is not banned, several staff members’ concerns about offensive language have knocked the book from required reading in the curriculum to use only as a district-approved common novel for high school American Literature classes.

Retained in the Accomack County (VA) Public Schools. A parent objected to racial slurs in the book. After being temporarily removed on November 29, 2016, the book was reinstated on December 6, 2016 by the school board.

Removed from the Montgomery County (PA) school curriculum after a group of students said the book’s use of the N-word made them uncomfortable and the students thought the school was not being inclusive. Since its publication in 1884, the book has caused controversy starting in 1885 when it was banned in Concord (MA) as “trash and suitable only for the slums.”

Retained in the Manchester (CN) School District with the requirement that teachers attend seminars on how to deal with issues of race before teaching the book in their classrooms.

Pulled from classes in Taylor (MI) schools because of complaints about its liberal use of common racial slurs.

Challenged as required reading at Cactus High in Peoria (AZ). The student and mother have threatened to file a civil-rights complaints because of alleged racial treatment, the segregation of the student, and the use of a racial slur in the classroom.

Challenged in the Lakeville (MN) as required reading for sophomores.

Challenged in the Normal (IL) Community High School sophomore literature class as being degrading to African Americans. Pulled from the reading lists of the three Renton (WA) high schools after an African American student said the book degraded her and her culture. The Novel was eventually retained for classroom usage.

Challenged in the Normal (IL) Community High School sophomore literature class as being degrading to African Americans. Pulled from the reading lists of the three Renton (WA) high schools after an African American student said the book degraded her and her culture.

Challenged in Portland (OR) schools by an African-American student who said he was offended by an ethnic slur used in the 1885 novel.