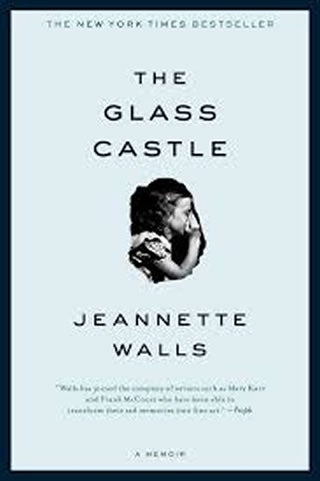 Mansfield (WI) High School sophomores have been required to read The Glass Castle since 2010. After a parent complained about vulgar language and explicit situational content to the Marshfield School Board, a formal request was filed with the district to remove the book from the curriculum. The nine-person committee reviewed the text in seven days and unanimously recommended to retain the book as one of the school district’s “curriculum-aligned resources.”

Challenged on the West Allegheny High School reading list in North Fayette (PA). The novel is about a woman persevering after a dysfunctional childhood and includes graphic descriptions of abuse, including sexual abuse. This year was the first time the book appeared on the district’s high school reading list. Concerned about its content, a group of parents requested that it and other titles be removed fro the list. District officials responded, saying the reading assignment was altered to require students to read only excerpts from the memoir instead of the whole text. Students organized a petition campaign asking that the novel be returned to the reading list in its entirety and that other titles that might be considered controversial remain on the list.

Suspended at the Ambridge (PA) High School because the book is “racist and sexually explicit.” The challenged memoir is about growing up in poverty with a father who spent his money on alcohol and a mother who becomes homeless.

Suspended from the Highland Park (TX) School District’s approved book list by the school superintendent. The decision sparked a backlash and drew national attention. The superintendent then reinstated the book. In February 2015, the school district trustees approved policy changes on how the district selects books and handles parents objections. The challenged memoir is about growing up in poverty with a father who spent his money on alcohol and a mother who became homeless.

Removed, but later returned as an assigned reading for 9th grade honors English in the Traverse City (MI) West Senior High School. Challenged at the McPherson (KS) High School pre-AP English freshman class. A school committee unanimously determined the book was appropriately placed in the curriculum noting the district’s opt-out policy, which allows all families to opt their children out of any assignment, and ask for an alternate one. The committee made a series of recommendations to the superintendent, who sent a letter to the parents informing them of these recommendations and asking if they desired to appeal the committee’s decision. No one appealed the decision.

Challenged, but retained as part of the tenth-grade English curriculum in the Sade-Central City High School classrooms in Cairnbrook (PA). The 2005 best-selling memoir in which Walls describes her hardscrabble upbringing includes sexual assault, casual profanity, drunkenness, seeing the family cat pitched from a moving car, and having to drink ditch water. Even critics of the graphic book praise its theme – overcoming adversity.

Challenged at the William S. Hart Union High School District in Saugus (CA) as required summer reading for the honors English program. The 2005 memoir chronicles the author’s harsh childhood and family life and includes profanity, criticisms of Christianity, and accounts of sexual abuse and prostitution. Students have the option of alternative assignments that still meet objectives and teaching goals.