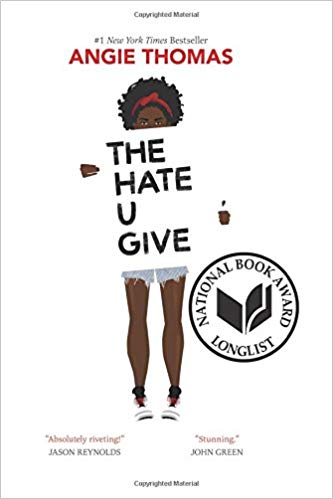 Banned and challenged for profanity, violence, and it was thought to promote an anti-police message and indoctrination of a social agenda

After parents announced their plans to protest The Hate U Give at a March North Allegheny High School (PA) school board meeting, a large number of students and parents came out in force to defend the teaching of Thomas’s acclaimed novel. At the beginning of the unit in which Thomas’s novel was taught, parents received communication regarding the novel’s themes, situations, and language, as well as the school’s “commitment to addressing the content of the book in a professional and appropriate way.” Families had the option to opt out and read another book, but none did so, according to Brandi Smith, the public relations and communications specialist for the district. Student Lamees Subeir observed that there are “very few issues about Black struggle in the curriculum outside of slavery.” “Please do not remove this book from the curriculum because it might be sensitive,” Subeir urged the board. “Sensitive just means that people do not want to talk about it.” Another student, Avery Neely, argued that the book illustrates the urban/suburban divide, as its narrator lives in a poor and predominantly Black neighborhood, but attends a mostly White suburban preparatory school. “What is the role of an educator if not to make sense of the world for the students?” Neely asked. Parent Melinda Weddes said that the novel “opens the door to conversations about racism,” adding that, “It is important in a predominantly White district to educate students about racism.” North Allegheny students also defended the book in their online student newspaper, The Uproar, where Sam Podnar stated, “I know that the complaints were officially about drug use and language, but I think that it is the underlying discomfort with the ideas of police brutality and racism discussed in the book.” Zoë Tracey said, “The resistance [to the book] is so clearly a reflection of the inability of our community to acknowledge the unsettling situations Black Americans go through.” None of the parents who indicated they would protest the book at the meeting did so. In fact, no one attending the meeting spoke out against the book. The Hate U Give remains part of the North Allegheny High School’s 9th grade curriculum.

Challenged for profanity, and it was thought to promote an anti-police message.

This award-winning bestselling YA fiction title about the shooting of a young, unarmed black man by a white police officer was challenged at a Springfield (MO) middle school. The original complaint was about the lack of specificity in permission slips, as well as language and sexual situations. The school district pulled the book to review it, a new permission slip was sent out, further complains were made, and the book was pulled again. Its final status is unknown. The Fraternal Order of Police chapter in the South Carolina town of Mount Pleasant sought to have The Hate U Give removed from the Wando High School’s list of optional reading assignments for incoming high school freshmen, along with All American Boys by Jason Reynolds and Brendan Kiely. The FOP chapter said the books are “almost an indoctrination of distrust of police and we’ve got to put a stop to that.” Both books deal with the issue of police brutality. Following a request for reconsideration process, the school decided to retain both title on the list..

After a parent’s public complaint at a school board meeting, the superintendent of Katy (TX) Independent School District removed the multiple award-winning book from all the school libraries in the district. Teachers and librarians argued against the censorship, which produced overwhelming media uproar. A Katy ISD student circulated a petition gathering over 3,700 signatures to urge reinstatement of the book. The Superintendent held firm in his claim that the book was pervasively vulgar and he was legally right to censor the book. Three months later the critically acclaimed novel about a black teen dealing with the aftermath of witnessing a police shooting that killed her unarmed friend was returned to the district’s high school libraries, available to students only with parental consent.