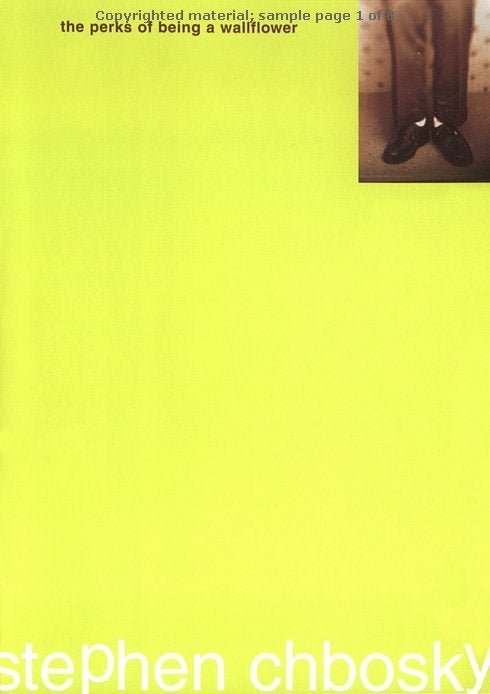 Challenged at the Springfield (MO) Public Schools. A grandmother of a high school senior requested that the book and movie no longer be used in an elective course on film and literature. She alleged the book was “pornographic” and “contains sexual abuse, teenage sex, rape, abortion, and LSD.” While she said she did not read past page 31, she argued “that was plenty.” She said her desire to ban the book from the school is not “just about my grandchildren. It’s about all children. It scares me to think how many girls may have been date raped because the guys read that book.” Stephen Hall, chief communications officer for Springfield Public Schools, stated, “All options are included in the syllabus for both students and parents to review.” He added that “throughout history we have had a number of pieces of literature that have been controversial for various reasons. Part of what we have to do as we evaluate curriculum and make decisions is [ask ourselves,] ‘How can we best prepare students at the appropriate age to be critical thinkers?’ The best way to become critical thinkers, oftentimes, is to have access to a variety of literature.” In accordance with policy, a committee made up of the principal, two teachers, and a librarian will review the book and consider the request to remove the book from the curriculum.

At the Beaverton (OR) School District, a parent challenged the book, deeming it a “trash novel,” with characters that were bad role models for teenagers, drug use, smoking, underage sex, drinking, and attempts to be “sexual and arousing in its graphic descriptions.” Following its policies, a review committee found the title to be consistent with the district’s general education goals, and recommended its retention, which was upheld by the deputy superintendent.

Removed from the Pasco (FL) Middle School because it was deemed “disgusting” for its explicit sexual references. A substitute teacher at Pasco Middle School had assigned the novel to seventh-graders in an advanced language arts class. Challenged, but retained in the Dubuque (IA) School District after three hours of testimony at a school board meeting. While some parents complained about the book’s sex scenes and depictions of drugs and alcohol use, the overwhelming majority of those who spoke over the course of three hours defended the book. Many of the more than forty speakers talked about their personal connection to the book. The school will provide an alternative book if Advanced Placement students or their parents request it.

Removed from 8th-grade classrooms at Hadley Junior High School in Glen Ellyn (IL) because of concerns about sexually explicit content and language. In June, the Glen Ellyn Elementary District 41 School Board overturned the decision and returned the book to library shelves. Most board members were willing to reinstate the book after assurances from district administrators that a revised parental notification letter would be sent at the start of each school year warning parents that their children could be getting access to sometimes mature content in classroom libraries. Challenged on a summer reading list for incoming freshmen at Wharton High School in Tampa (FL) because “it deals with sexual situations and drug use.”

Challenged as assigned reading at the Grandview Heights (OH) High School because the book deals with drugs, alcohol, sex, homosexuality, and abuse.

Challenged, but retained, at the Clarkstown (NY) North High School despite a parent’s complaint about the teen coming-of-age novel, which deals graphically with teenage sex, homosexuality, and bestiality.

Challenged, but retained, at the Clarkstown (NY) North High School despite a parent’s complaint about the teen coming-of-age novel, which deals graphically with teenage sex, homosexuality, and bestiality.

Removed from Portage (IN) High School classrooms for topics such as homosexuality, drug use, and sexual behavior. Challenged at the West Bend (WI) Community Memorial Library as being “obscene or child pornography” in a section designated “Young Adults.” The Library board unanimously voted 9-0 to maintain, “without removing, relocating, labeling, or otherwise restricting access,” the book in the young adult section at the West Bend Community Memorial Library. The vote was a rejection of a four-month campaign conducted by the citizen’s group West Bend Citizens for Safe Libraries to move fiction and nonfiction books from the young adult section to the adult section and label them as containing sexual material. Challenged on Wyoming (OH) high school district’s suggested reading list. Restricted at the William Byrd and Hidden Valley high schools in Roanoke (VA) to juniors and seniors. Freshman and sophomores will need parental permission to check out the book.

Removed from Portage (IN) High School classrooms for topics such as homosexuality, drug use and sexual behavior.

Retained in the Arrowhead HS curriculum in Merton (WI) as optional reading. Arizona Superintendent of Public Instruction sent a letter to principals and district superintendents asking them to make sure that the book was no longer available to minors or any other students.

Challenged in Montgomery County (TX) Memorial Library System along with 15 other young adult books with gay positive themes by the Library Patrons of Texas. Retained as optional reading in the Arrowhead High School curriculum (Merton WI).

Removed as a reading assignment in an elective sociology course at the Massapequa (NY) High School because of its “offensive content”.

Challenged in Fairfax (VA) school libraries by a group called Parents Against Bad Books in Schools for “profanity and descriptions of drug abuse, sexually explicit conduct and torture”.