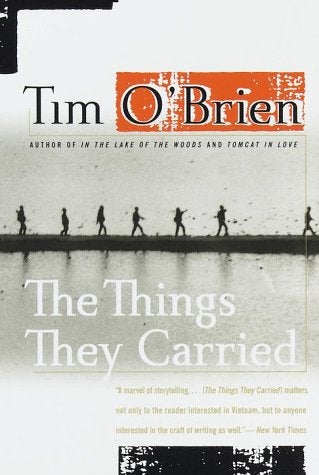 A student at Bingham High School (Jordan, UT) protested the book’s use in classrooms on the basis of language and sexuality. The student’s mother asked, “Is it appropriate for those kinds of details for that kind of language, for that level of sexuality in it to be taught in a public school setting? My daughter could not legally walk into a movie with a glimpse of what is in this book.” As of this writing, this collection of vignettes from the Vietnam War remains on a list of approved books for a senior class, pending a review.

Challenged in the Troup (TX) School District because the book is “vulgar,” “complete garbage trash,” and “filled with sexual content and profanity.” The book is a collection of short stories about a platoon of American soldiers in the Vietnam War.

Retained on the Northwest Suburban HS District 214 reading list in Arlington Heights (IL) along with eight other challenged titles. A newly elected school board member raised the controversy based on excerpts from the books she’d found on the Internet.

Banned from the George County(MS) schools because of profanity.

Challenged, but retained, in Pennridge (PA) because of the book’s strong language.