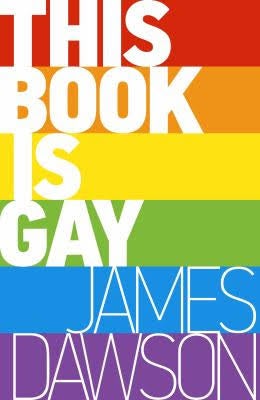 The Elmbrook School District (Brookfield, WI) suspended access to Queer: A Graphic History by Meg-John Barker and This Book is Gay by Juno Dawson via the school’s e-book app and the school libraries following a challenge from the Wisconsin Institute for Law and Liberty (WILL). WILL asserted in its challenge that the books “contained graphic instructions on sex acts and the use of online sex apps.” WILL complained that materials available through the school district’s e-book app were not subject to the school’s Internet filtering software. The district indicated they would review their library material selection and controversial issues policies at a future Teaching and Learning Committee meeting.

A Facebook post by the Campbell County (WY) Public Library System highlighting the certain titles held by the library for Pride Month led to controversy in the community. The post read “June is Pride Month and Rainbow Book Month. For this month’s Teen Room blog, Sarah writes about a few titles you can check out from your library that will connect you with the LGBTQIA+ collection at CCPL.” The titles linked in the post were A Quick & Easy Guide to Queer & Trans Identities by Mady G., Let’s Talk About Love by Claire Kann, None of the Above by I. W. Gregorio, Carry On by Rainbow Rowell, All Out: The No-Longer-Secret Stories of Queer Teens Throughout the Ages by Saundra Mitchell, I’m a Wild Seed by Sharon Lee De La Cruz, and Music from Another World by Robin Talley. At the July 7th Campbell County Commissioners meeting, community members voiced their objections led by County Commissioner Del Shelstad who stated “This is exactly the type of thing that I think is harmful in our community. I’m not asking you to have a straight Pride Month, I’m just asking you not to have a gay Pride month.” The library executive director stated that the “spotlight during Pride Month in June was to highlight diverse perspectives, the same way they would highlight books for seniors, books in Spanish, or books for Christmas.” Some residents suggested minors should not have access to any lesbian, gay, bisexual, transgender, queer/ questioning, intersex, and asexual (LGBTQIA+) books. Some proposed removing all LGBTQIA+ materials from the library collections, including those for adults. Demands for removal of the library’s board members were also made. On August 12th, during special meeting between the County Commissioners and the CCPL library board, the County Commissioners announced that their job was to appoint library board members, not censor materials. County Commissioner D.G. Reardon stated “If the county begins to censor books that have anything to do with LGBTQ+, where does that censorship end? We need to take responsibility for our actions, for our kids’ actions, and our grandkids’ actions, and stop talking about censoring, taking books out, burning books, and going back to the days of the Nazis.” Library Director Tom Lesley walked the commissioners through the library’s material reconsideration process and stated that no forms had been filed against the books that folks had complained about at the county commissioner meeting. Commissioner Shelstad then asked each library board member to answer whether they thought This Book is Gay was appropriate for Campbell County youth. All but one declined to answer, indicating they had not reviewed the book. Mandy Steward said she did not feel it was appropriate. Shelstad then said, “It seems to me, the formal process has been started because of the public comments from the community. I would say that we need to take a look at this book, whether this [request for reconsideration] form has been filled out or not.” CCPL Board Chair Hollie Stewart disagreed. “If you want to get divorced in the State of Wyoming, you don’t get to just go stand on the courthouse steps and say ‘divorce me now,’ you have to file the paperwork. You have to make the claim. You have to allow the other side to also collect their thoughts and make their claims as well.” Prior to August 2021, only one book had ever been challenged and that was years ago. This discussion continued at the August 17th County Commissioners meeting. Kevin Bennett who had led protests in front of the library suggested that “that the county could save hundreds of thousands of dollars on social services for at-risk youth if the commission would take “sexually perverted materials . . . from the children and teen sections and put [them] in the adult section.” Citizen Edie Reno also had interesting ideas to share. “It’s already been proven and documented that when a child looks at porn—and don’t be telling me there is not porn in that library, you’ll find it—it changes their DNA.” Reno did not cite any studies supporting this outlandish claim. Jordan Engdahl said it is difficult for children who are struggling with their sexual identity to be who they are when they see adults in the community acting this way. “I find it astonishing that a special meeting was called for a book which had not even had a formal complaint filed against it,” said Doug McGee. “It seems a very small but very vocal part of the community wishes to bypass the established procedures and claim authority over disposition of individual items in the collection, which I think would set a very dangerous precedent.” “We can’t just censor books and throw them out of the library because you don’t like them,” said Mike Clymer. “We can’t just pull up and say, ‘I don’t like that book because it mentions the ‘V’ word,’” Clymer continued. “We’ve got to use some common sense.” Between the August 12th meeting and the August 17th meeting, 22 forms for reconsideration had been filed against these 12 titles – This Book is Gay by Juno Dawson, Trans Mission: My Quest to a Beard by Alex Bertie, The Babysitters’ Coven by Kate Williams, Music from Another World by Robin Talley, The V-Word: True Stories About First-Time Sex by Amber Keyser, Quick & Easy Guide to Queer & Trans Identities by Mady G., Mary Wears What She Wants by Keith Negley, Meena by Ine Van Mol, My Body My Choice by Robin Stevenson, The Black Flamingo by Dean Atta, Heartstopper by Alice Oserman, and Jane Against the World by Karen Blumenthal.

This Book Is Gay by Juno Dawson was one of five LGBTQIA+ titles challenged by a parent at the North Hunterdon-Voorhees (NJ) Regional High School District. The other titles were Fun Home by Alison Bechdel, Gender Queer: A Memoir by Maia Kobabe, Lawn Boy by Jonathan Evison, and All Boys Aren’t Blue by George M. Johnson. The parent read some snippets, called for audits, and threatened criminal charges for those responsible for providing “evil, wicked” content in the school. The school board voted to retain all five challenged LGBTQIA+ titles.

Wasilla (AK) Public Library moved its entire young adult nonfiction to the adult stacks in response to a complaint about Dawson’s book. Several Wasilla residents attacked the book at a city council meeting saying that “they didn’t want ‘gay books’ or books about gay people in the library at all.” For defending the sex education book for teens, the library director was branded as a pedophile in the highly controversial public debates.