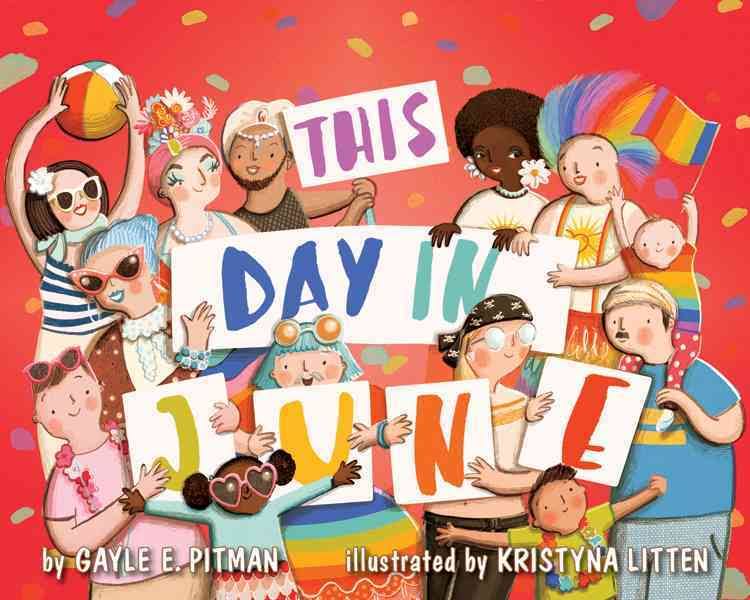 A patron at the Huntington Beach (CA) Public Library asked for, then complained about, this picture book describing a gay pride parade. Her objection was “the idea of imposing the [LGBTQIA+] lifestyle upon little kids,” saying that the pictures and language were not appropriate for ages 3–6. Retained.

This book about a gay pride parade was one of four books challenged by public petition in Orange City’s (IA) public library. The concern articulated by a coalition of conservative and evangelical community members was that the library was distributing LGBTQIA+ materials to pre-K kids using tax dollars. The coalition requested that the books be shelved separately, segregated from other library materials. One local religious activist checked out the four books, then burned them live on Facebook. Since then, over 200 books were donated to the library, and GoFundMe and Facebook fundraisers raised thousands of dollars to replace damaged materials. All the titles have been retained. The activist was charged with criminal misdemeanor mischief.

Challenged, but retained amid controversy. With the full support of the conservative Illinois Family Institute, a husband and wife submitted a formal request for reconsideration of the children’s picture book about a gay pride parade, after their 3-year-old daughter picked it from the children’s shelf at the West Chicago (IL) Public Library. They requested to have the book removed or relocated to the adult section so children won’t be exposed to LGBT imagery. Over 150 people attended the library board meeting, and after much debate, the board voted 6-1 to keep the book in the library’s youth collection.

Challenged, but retained at the Hood County Library in Granbury (TX) despite complaints that the book promotes “perversion” and the “gay lifestyle.” The Hood County Library Advisory Board voted to keep the book in the library. The book, about a pride parade, focuses on lesbian, gay, bisexual, and transgender history.