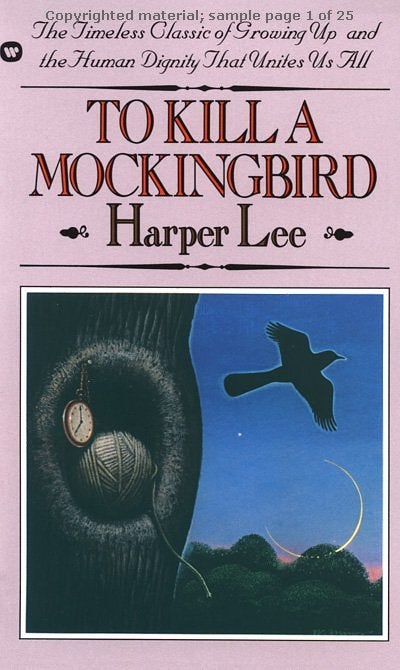 Banned and challenged for racial slurs and their negative effect on students, featuring a “white savior” character, and its perception of the Black experience.

After parent complaints about the use of racist epithets in To Kill a Mockingbird; Adventures of Huckleberry Finn; The Cay; Of Mice and Men; and Roll of Thunder, Hear My Cry, the Burbank (CA) Unified School District superintendent issued a statement removing the books from the district’s required reading lists for its English curriculum and banned the use of the N-word in all school classes. The books will be allowed in classroom libraries, but no student can be required to read them. At a board meeting, the superintendent stated, “This is not about censorship, this is about righting the wrongs of the past.”

A white substitute teacher at the Mustang (OK) High School read the N-Word aloud from To Kill A Mockingbird. The only black student in the class recorded the reading, notified the teacher that she was offended, and brought the matter to the attention of the principal. The district adopted a new policy stating that “racially charged language will no longer be spoken” in classrooms. The status of the substitute teacher is not known.

A parent requested that the novel be removed from the 9th-grad curriculum at Monona Grove (WI) High School. The parent, who had two children in the district, complained about the book’s use of the N-word, the portrayal of Atticus Finch as a white savior, the absence of other works representing people of color, and the deep racial divide in a student body that is 83% white. Following a review process, the district decided to retain the title, stating, “The committee recommended MGHS English teachers carefully consider [the book’s] place in the curriculum, the context in which it’s taught, other equivalent options or other ways to use the book that might include using [it] as a choice rather than as a required text.” Citing the use of racial slurs in the books, Duluth (MN) school district administrators decided to remove Lee’s novel and Adventures of Huckleberry Finn from the curriculum “to protect the dignity of our students” and not require them to read books that marginalize them. The titles remain in the school library, and can still be optional reading for students.

After a mother complained to the superintendent that her son was uncomfortable with the N-word, the novel was removed from the 8th-grade curriculum at Biloxi (MS) Public Schools in the middle of teaching it, without following policy. After national outcry, the book is available to be taught as an optional assignments with the written permission of a parent. At Hamilton (AZ) High School, parents expressed concern over a school assignment addressing the use of the N-word in the classic novel.

Retained in the Accomack County (VA) Public Schools. A parent objected to racial slurs in the book. After being temporarily removed on Nov. 29, 2016, the book was reinstated on Dec. 6 by the school board.

Banned or challenged for offensive language and racism.

Removed from the St. Edmund Campion Secondary School classrooms in Brampton (Ontario, Canada) because a parent objected to language used in the novel, including [the N-word]*.

Retained in the English curriculum by the Cherry Hill (NJ) Board of Education. A resident had objected to the novel’s depiction of how blacks are treated by members of a racist white community in an Alabama town during the Depression. The resident feared the book would upset black children reading it.

Retained in the English curriculum by the Cherry Hill (NJ) Board of Education. A resident had objected to the novel’s depiction of how blacks are treated by members of a racist white community in an Alabama town during the Depression. The resident feared the book would upset black children reading it.

Challenged at the Brentwood (TN) Middle School because the book contains “profanity” and “contains adult themes such as sexual intercourse, rape, and incest.” The complainants also contend that the book’s use of racial slurs promotes “racial hatred, racial division, racial separation, and promotes white supremacy.”

Challenged at the Stanford Middle School in Durham (NC) because the 1961 Pulitzer Prize-winning novel uses [the N-word]*. Challenged, but retained in the Normal (IL) Community High Schools sophomore literature class despite concerns the novel is degrading
to African Americans.

Challenged in the Normal (IL) Community High Schools sophomore literature class as being degrading to African Americans. Challenged at the Stanford Middle School in Durham (NC) because the 1961 Pulitzer Prize-winning novel uses the N-word.

Challenged for profanity and racial slurs.