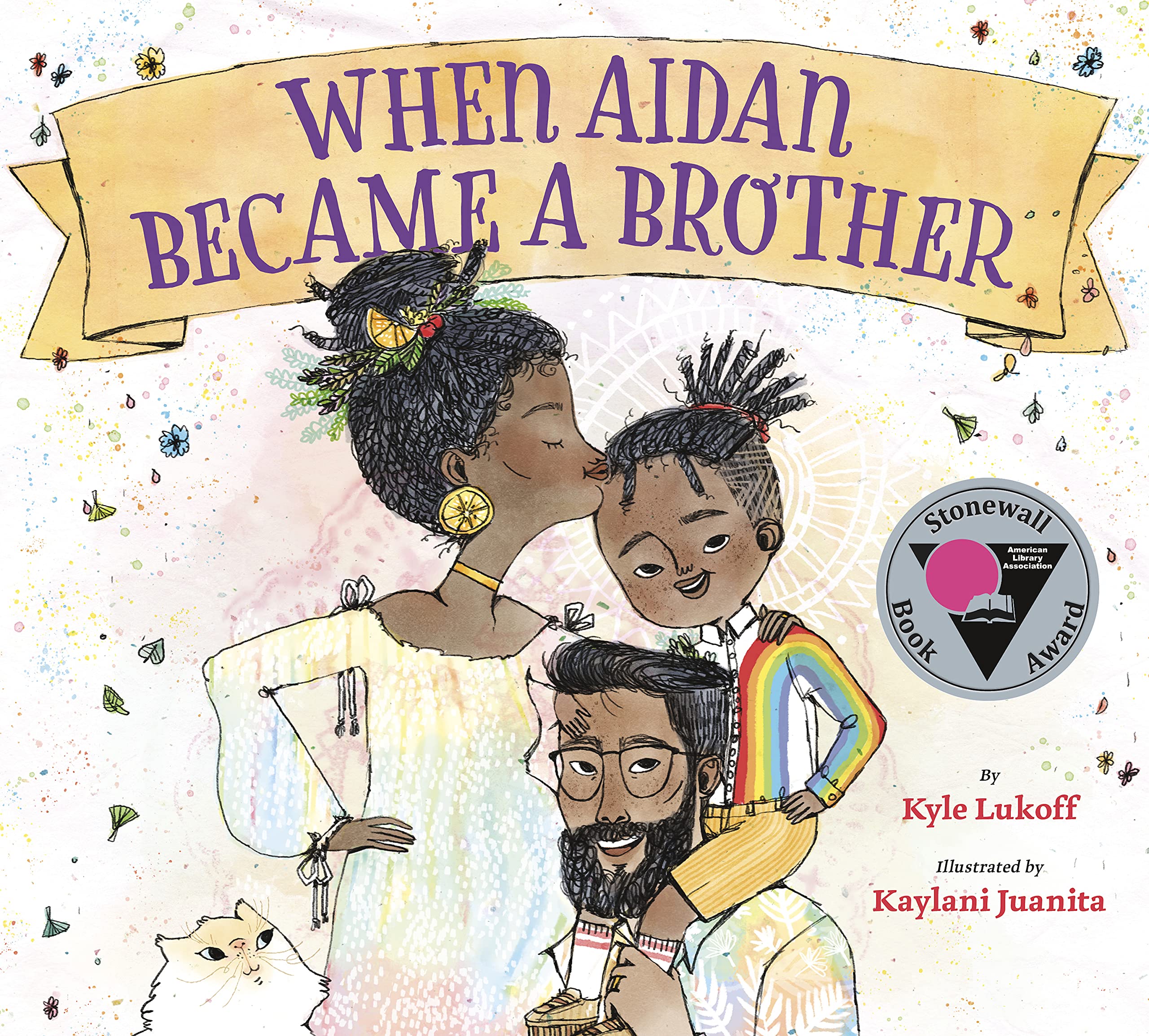 Three books with LGBTQIA+ protagonists and themes were removed from a 5th grade classroom by the Swarthmore Rutledge School administration in the Wallingford-Swarthmore (PA) School District (WSSD). None of the three books — Ivy Aberdeen’s Letter to the World, George, and When Aidan Became a Brother — concerned “mature” or violent topics. The books in question were returned to the classroom only after many community members, including students, contacted the WSSD administration about their removal and criticized the decision-making process as not transparent. The district acknowledged that all the books were age- and grade-appropriate.

The Northampton (PA) Area School District (NASD) school board unanimously voted to table a donation of dozens of books from The Conscious Kid , a non-profit organization focused on equity and promoting healthy racial identity development, after parents complained during their July 19th meeting. Kim Bretzik was one of 10 parents/grandparents to object to the donation stating, “The Conscious Kid uses Marxist critical race theory. Just like the ‘No Place for Hate’ program, Conscious Kid is not an ally for all.” Despite not reading any of the books, Grandparent Shirley Arnold remarked “Those books will not help our children. There’s no reason to be segregating the world anymore. Superintendent of Schools Joseph S. Kovalchik noted that there has been a significant uptick in teachers fielding questions from students about the environment, race, immigration, bullying, and historical figures with diverse backgrounds. He stated “The staff really is struggling with having those conversations and providing the resources for those students of a diverse background, to assist them with their concerns.” At the August 9th meeting, the school board took up the issue again after board members has opportunity to meet with teachers and examine the titles under consideration. School board president David Gogel stated that the book donations complied with NASD Instructional Materials policy. Nicholas Woodward spoke out in support of the donations, observing that “just as silence condones bullying, ignoring differences in our community makes people feel overlooked and pushed away.” Many other parents continued to object to the donated books, calling them “divisive,” “racist,” and “socialist.” Doug Vaughn spoke against the donation because of what he called The Conscious Kid’s “Marxist agenda.” He said, “I wouldn’t accept a gift from Stalin, Hitler, I don’t care what it was, because of who they are and the motivation for why they might be giving us a gift.” Board member Mentzell said he researched The Conscious Kid and found nothing along the lines of what Vaughn, Bretzik, Arnold, and others alleged. “I took it upon myself to read everything about The Conscious Kid organization,” he said. “I didn’t find any reference to Marxism.” Mentzell made a motion for “the administration to pursue those resources, which include the books mentioned on the July 19 agenda, plus other similar resources.” The board unanimously approved the motion. Superintendent Kovalchik then parsed the board’s action this way: “We’re not accepting the books, but are to go out and address diversity.” The titles the school district received from The Conscious Kid are: All Because You Matter by Tami Charles and Bryan Collier, Alma and How She Got Her Name by Juana Martinez-Neal, The Boy Who Thought Outside the Box by Marcie Wessels and Beatriz Castro, Brave Girl: Clara and the Shirtwaist Makers’ Strike of 1909 by Michelle Markel and Melissa Sweet, Coretta Scott by Ntozake Shange and Kadir Nelson, Crown: An Ode to the Fresh Cut by Derrick Barnes and Gordon C. James, The Day You Begin by Jacqueline Woodson and Rafael López, A Different Pond by Bao Phi and Thi Bui, Drawn Together by Minh Lê and Dan Santiat, Dream Builder: The Story of Architect Philip Freelon by Kelly Starling Lyons and Laura Freeman, Dreamers by Yuri Morales, Eyes that Kiss in the Corners by Joanna Ho and Dung Ho, Fry Bread: A Native American Family Story by Kevin Noble Maillard and Juana Martinez-Neal, Gordon Parks: How the Photographer Captured Black and White America by Carole Boston Weatherford and Jamey Christoph, Hair Love by Matthew A. Cherry and Vashti Harrison, Hidden Figures: The True Story of Four Black Women and the Space Race by Margot Lee Shetterly and Laura Freeman, Hold On to Your Music by Mona Golabek and Lee Cohen, I Am Enough by Grace Byers, I Am Every Good Thing by Derrick Barnes and Gordon C. James, I Can Write the World by Joshunda Sanders and Charly Palmer, I Dissent: Ruth Bader Ginsburg Makes Her Mark by Debbie Levy and Elizabeth Baddeley, It Began with a Page: How Gyo Fujikawa Drew the Way by Kyo Maclear and Julie Morstad, Kamala and Maya’s Big Idea by Meena Harris and Ana Ramírez González, Lailah’s Lunchbox: A Ramadan Story by Reem Faruqi and Lea Lyon, Little Leaders: Bold Women in Black History by Vashti Harrison, Little Legends: Exceptional Men in Black History by Vashti Harrison, Mae Among the Stars by Roda Ahmed and Stasia Burrington, Malcolm Little: The Boy Who Grew Up To Become Malcolm X by Ilyasah Shabazz and AG Ford, Mama’s Nightingale: A Story of Immigration and Separation by Edwidge Danticat and Leslie Staub, Missing Daddy by Mariame Kaba, My Papi Has a Motorcycle by Isabel Quintero and Zeke Peña, The Name Jar by Yangsook Choi, Planting Stories: The Life of Librarian and Storyteller Pura Belpré by Anika Aldamuy Denise and Paolo Escobar, The Proudest Blue: A Story of Hijab and Family by Ibtihaj Muhammad, Rosa by Nikki Giovanni and Bryan Collier, Ruth and the Green Book by Calvin Alexander Ramsey and Floyd Cooper, Schomburg: The Man Who Built a Library by Carole Boston Weatherford and Eric Velasquez, Separate is Never Equal by Duncan Tonatiuh, Sing a Song by Kelly Starling Lyons and Keith Mallett, Sulwe by Lupita Nyong’o and Vashti Harrison, The Undefeated by Kwame Alexander and Kadir Nelson, We Are Grateful by Traci Sorell and Frané Lessac, We Are Still Here! Native American Truths Everyone Should Know by Traci Sorell and Frané Lessac, We Are Water Protectors by Carole Lindstrom and Michaela Goade, When Aiden Became a Brother by Kyle Lukoff and Kaylani Juanita, When Lola Visits by Michelle Sterling and Aaron Asis, When We Were Alone by David A. Roberson and Julie Flett, Where Are You From? by Yamile Saied Méndez and Jaime Kim, The Whispering Town by Jennifer Elvgren and Fabio Santomauro, and Your Name is a Song by Jamilah Thompkins-Bigelow and Luisa Uribe