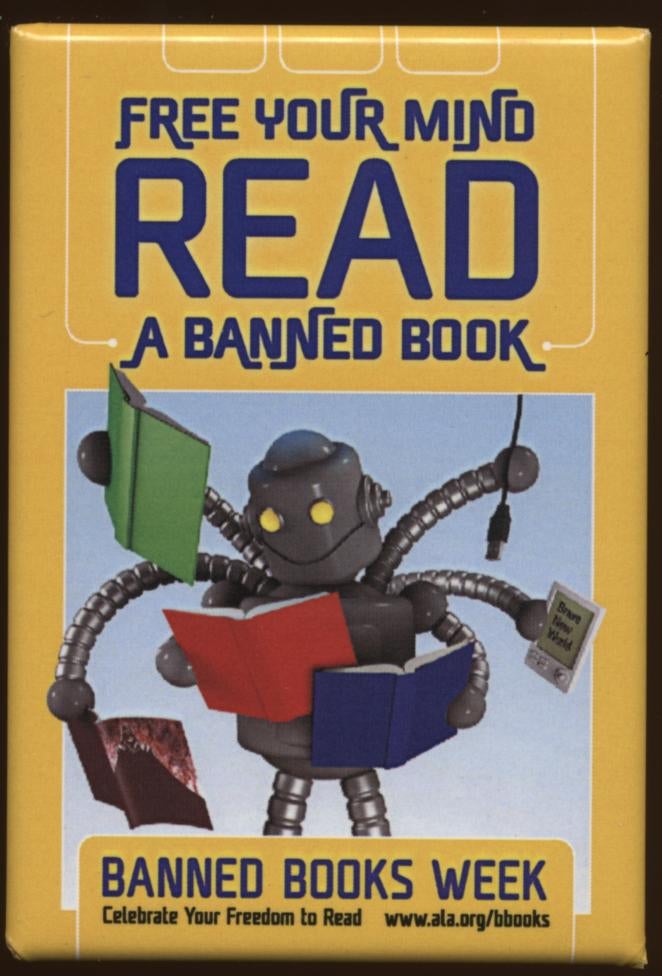 From September 24 to October 1, 2011, the Marshall University Libraries will be observing Banned Book Week with a display in the Drinko Library and an updated website. The theme this year is “Free Your Mind Read a Banned Book”.
Visit the website or stop by the display on the first floor of Drinko to see what has been challenged or banned over the past year. Contact Ron Titus at 696-6575 or library@marshall.edu with questions.

Material for this page was obtained from the American Library Association’s Office of Intellectual Freedom and 2013 Banned Books Resource Guide by Robert P. Doyle.