Skip to main content
School of Theatre and Dance 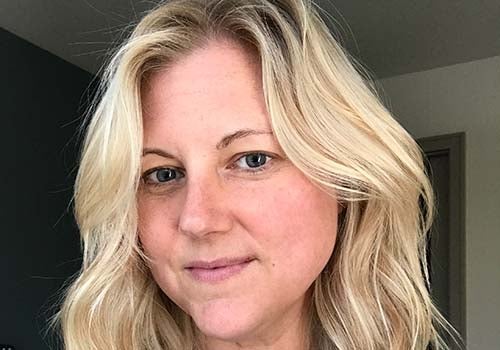 “As a student in the Marshall Theatre BFA program, I was immersed in a total theatre production education.  I received practical training in all departments of live theatre production from inception to strike: performance, design, direction, writing, and production.
This comprehensive training prepared me for the deadline driven, fast-paced, collaborative world of professional television and film.  The work ethic and practical training I received from my professors in the Theatre program directly attributed to my career as a successful Costume Designer.”
A BFA-Performance graduate, Jeanie is currently an Emmy nominated Costume Designer and Wardrobe Stylist for TV and Film. Costume Design credits include Lip Sync Battle, The Who Was? Show, Grammy Awards, VMA’s, BET Awards, and MTV Movie&TV Awards, and One Night Only With Alec Baldwin. Selected commercial clients include Universal Kids, ESPN, VISA, Dos Equis, Sony Intel, Verizon, Dunkin Donuts, Mastercard, and NFL Play 60. “The training, experience, and care I received at Marshall University’s Theatre Department was the precise preparation I needed to sustain a successful career in the professional arts. I’ve acted in over fifty professional plays at some of the most prestigious regional theatre in America, directed over a dozen, and have written four full length plays and a musical. I would not be where I am without the Marshall University Theatre Department.”
Currently a Playwright/Actor/Musician/Director/Educator, Brandon is a BFA-Performance graduate.  In addition to being a Programming Associate at the Keegan Theatre in Washington DC, he is in demand at such theatres as the Arena Stage, Fords Theatre, and the Round House Theatre.  He has written 4 plays and 1 musical. A joint production by Marshall and the Keegan Theatre of West By God was presented on campus in the winter of 2020.  Brandon has been part of numerous Helen Hayes Award nominated productions. He serves on the theatre faculty at Catholic University and The George Washington University. 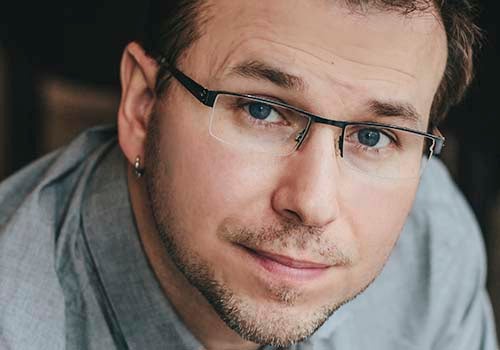 “My time at Marshall University was pivotal in defining my future, providing a vast array of classes and hands on experience in and outside my major. The entertainment world is a niche workplace and it takes dedication, discipline, and motivation. This allowed for a diversified education and the foundation to become a motivated and successful business owner.” To this day I’m grateful for the many opportunities, that Marshall University gave me. Being SGA President for two terms wasn’t easy. However, the faculty, staff and administration always supported me. But, what truly made me feel at home at Marshall were my professors in the theatre department. They believed in me, encouraged me to become better, gave me the tools to pursue a life in the entertainment industry.  When the Parthenon wrote: “Romey goes from Marshall Green to Ivy Brown“, it was one of the happiest and saddest day in my academic career. Happy to graduate, sad to leave my Marshall Family. I may have moved on, but to this day I think of Marshall every day.

A BFA-Performance alum and former Marshall University SGA President, Taç is one of the founders of Phantomfilm GmbH.  His international award winning company recently added the first ever ROMY (Austrian TV and film Award) for The Glory Is Gone (Amazon Original) to an impressive list of achievements.  Notable are Best International Comedy at the Melbourne WebFest, the Magnolia Award in Gold (Shanghai) for Best TV Film and Screenplay, and a nomination for the International Emmy for Outstanding Achievement in Comedy. Since 2016 he is also Professor for Serial Storytelling at HFF Munich, University for television and film.

Visit this page to view special COVID-19 information that is specific to the School of Theatre.