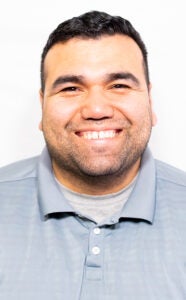 Fernando found our online bachelor’s program, enrolled, and graduated from Marshall University in December 2020. He was able to transfer credits from his previous college work so he could complete his Bachelor of Science degree in Geography more quickly. He currently works as a GIS Analyst for the City of Palm Springs, CA. His job duties include coordinating the design, implementation, maintenance, and security of the City’s GIS databases and performing informational analysis of locations, relationships, trends, patterns, adjacency, containment, and proximity of complex features and related data. He works closely with urban planners and civil engineers to assist with updating the City’s General Plan, Zoning, and Engineering Plan. He assists in training other GIS users in analysis, design, and procurement of database systems and software applications.

Upon completion of his degree at Marshall, Fernando has been accepted into the University of Oklahoma Master’s program.

Geographer and GIS specialist for the West Virginia Department of Agriculture, Charleston, WV 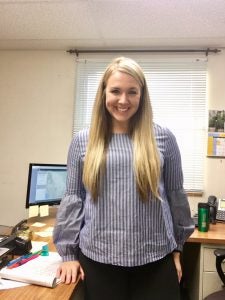 After beginning her graduate studies at Marshall in Spring 2014, Lakin transferred to Mississippi State University where her M.S. in Geosciences (Applied Meteorology) was completed in 2017. She previously worked as a GIS Analyst in the Engineering and Utilities Department for the City of Fort Walton Beach, Florida, where she used ArcGIS, AutoCAD, and survey equipment for multiple projects. She moved back to West Virginia in 2018. 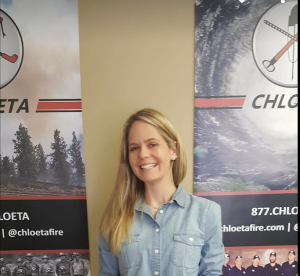 Originally from Tampa, Florida, Heidi Oberlin took a job as an Incident Meteorologist and GIS Specialist for Chloeta Fire, a wildland fire management company that works with government agencies to manage fires and planning prescribed fires. Her duties included forecasting, spot forecasts, assisting staff during emergency events, and utilizing GIS for producing maps for the Airforce as well as for the Chloeta staff. She worked for Chloeta from 2016-2018. In 2018, Heidi entered Marshall’s MA Geography program and finished her Master of Arts degree in 2019. Heidi began teaching geography Tulsa Community College, Oklahoma in 2020. 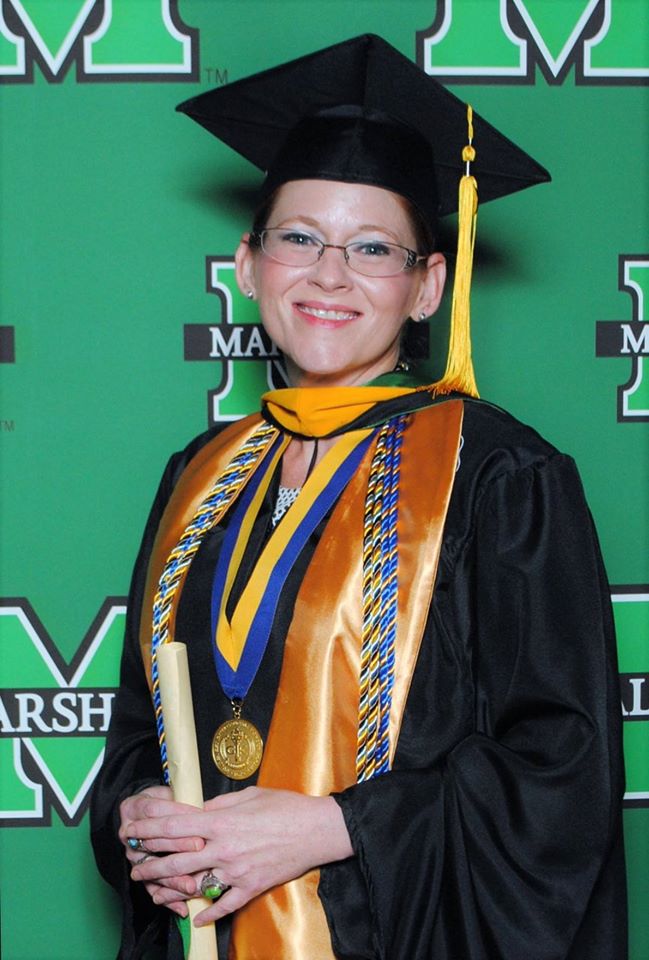 Aaron graduated from Marshall University in 2013 with a BS in Geography and was the recipient of the Sam E. Clagg Scholarship. She was recognized for excellence in Academic Scholarship by the American Association of Geographers and National Geographic.

Aaron graduated with her MS in Geography in 2015 and focused her graduate work on the international relationships of U.S. and Latin America with an emphasis in GIS. She held internships with Natural Resource Partners and Greenup County E-911. She also held a full-time GA/TA position in the Geography Department.

While at Marshall, Aaron received several academic honors and was invited to be members of Phi Kappa Phi, Golden Key International Honors Society, and she was the president of Gamma Theta Upsilon. riginally from Sissonville, West Virginia, Megan received the Sam E. Clagg Scholarship for Outstanding Undergraduate Geography Students during her time at Marshall.  As a Master’s Degree student, Mrs. Thompson was a graduate and teaching assistant, taught GEO 100 Cultural Geography, attended and presented her research at several conferences. She was also active in the Geography Club and Gamma Theta Upsilon honorary society, serving as president of both.  Mrs. Thompson completed internships for college credit in 2002 with FIVCO Area Development District in Ashland, Kentucky and the US Army Corps of Engineers in Huntington, WV.

Megan took several planning and Geographic Information Systems (GIS) courses in the Geography Department, learning skills which she now uses on the job.  After completing her Master’s Degree, she was employed as a Planner with the Putnam County, WV Office of Planning and Infrastructure, as the Planning and Zoning Director for Goshen Township Ohio, and as a Senior Zoning Official with the Northern KY Area Planning Commission. For the past few years, Katherine has been working for American Electric Power in Columbus, Ohio as a GIS System Administrator. AEP implements ESRI’s ArcSDE products and General Electric’s Smallworld GIS products. Her main responsibilities are Smallworld GIS Database Administration.

During graduate school, she became interested in the areas of biogeography and paleo-climatology, and particularly in the Andes Mountains.  For that reason, Katherine has applied to the Ohio State University Geography Ph.D. program, where she plans to pursue research in paleo-geography, using glacier core analysis from the Andes.

As a loyal alumna, Katherine agreed to impart some of her knowledge of GIS by teaching a Special Topics:  GIS Programming course at MU as an adjunct instructor in Spring 2005. 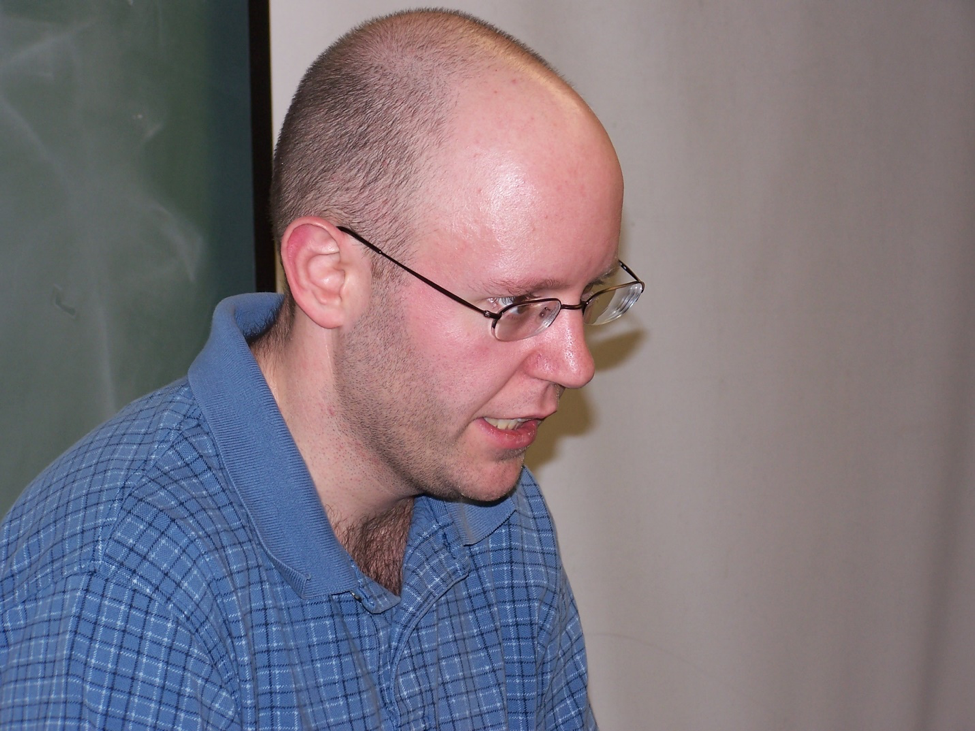 As a student, Jennings, a Ravenswood, WV native, learned to use Geographic Information Systems (GIS) software, a skill that would later land him a career in state government. He was an active member of the Geography Club from 2001 through 2005, holding every office in the club. His career received a jump start due to his participation in the West Virginia Governor’s Internship Program during the summer of 2004. He received graduate credit for the experience and an opportunity to learn real-world skills at the WV Health Care Authority. His internship turned into a full-time job with the agency.

The average salary range as a GIS Programmer Analyst in his field is $31,000-$58,000/year. His primary duties include designing, refining, and maintaining spatial and non-spatial databases and operating a multi-tier healthcare GIS for mapping and analysis. He additionally recommends hardware and software purchases, produces maps and displays, presents his work at conferences, and develops and implements health care provider and facility surveys. He serves as a liaison between his department and other agencies to help identify GIS project needs, obtaining data, developing and analyzing the project and communicating project results. k handles all sales and marketing for the State of West Virginia at the world’s largest Geographic Information Systems (GIS) software vendor based in Redlands, California. His responsibilities include client visits, exhibits and presentations at trade shows and conferences, and keeping abreast of the ESRI product line (a full-time job itself).

Rick graduated from George Washington High School in his hometown of Charleston, West Virginia. Although he began his career working for Mr. Donut, bigger things awaited him when he came to Marshall University’s Geography Department.  While earning his Bachelor’s Degree in 1997 and Master’s Degree in 2001, he developed his interests in human geography and urban/regional planning. His favorite geographer is Yi-Fu Tuan.

Mr. Lawson accepted his first geography-related position with the City of Huntington’s Planning Department while a student at Marshall. He also worked for a consulting firm in Charleston before he accepted his current position with ESRI in 2001.  The key qualification for the job—his Master’s Degree in Geography. Ming-Jen “Frank” Chu, originally from Taichung, Taiwan, received an MS degree in Geography from Marshall in 2006. He works with Professor H.M. Lin in his current role at National Taiwan Normal University, where the Department of Geography has a distinguished record of human and physical geography research in Taiwan and nearby islands. As such, the National Science Council (NSC) under Taiwan’s Interior Ministry has granted Frank’s team the funds to run a three-year-long project focusing on Taiwan’s Northeastern Coastal Area.  The team is creating a master plan for economic development in the study area.  The plan integrates studies of estuaries, sandy beaches, sand dunes, windbreaks, etc. into a strategy for sustainable environmental resource management.

During his graduate study, Frank focused on urban geography and GIS. He was a mapping assistant at Rahall Transportation Institute and a member of Gamma Theta Upsilon honorary society while at Marshall. Using the internship opportunity in the Department of Geography, he had a chance to work in the Putnam County, West Virginia, Planning and Infrastructure Office and for the City of Roanoke, Virginia. These experiences prepared him for post-graduation careers. Frank said he is especially grateful to professors in the Geography Department at Marshall because “they are always willing to provide any kinds of assistance to students.” Whether he’s tracking industry and existing business trends, collecting business news to share with contacts, cycling or playing guitar, you can find Chuck Peterson immersed in Richmond, VA. As a two-time Marshall grad, Chuck is the lead content provider at Greater Richmond Partnership.

A savvy researcher, Chuck understands the value of strategic and proactive prospecting, whether for existing business support or new businesses attraction. Chuck provides briefings identifying growth companies in targeted sectors and those with Greater Richmond connections. Previously, at the WVDO, his briefings resulted in meetings with and visits from several companies, particularly
international.

“It’s thrilling to work on projects where I have played an important role and the company expanded or located, hired people and added to the tax base.”

Picture: An avid cyclist, Chuck is shown on the KATY Trail across the state of Missouri. Chuck and a friend took a leisurely 8 days to ride the trail, averaging 45 miles per day. An interesting note is that Chuck didn’t meet any cyclist from a state located east of the Mississippi River along the route; all were from either California, Colorado, Oregon, Kansas or Washington.