The name of this group is the President’s Commission on Diversity, Equity, and Inclusion (the “Commission”).

The Commission will serve as an advisory group to the President of Marshall University on matters related to diversity, equity, and inclusion and will take as our guidance the Marshall University Creed, the President’s Goals for the University, and the Commission’s current strategic planning document. The Commission will recommend initiatives and evidence-based programming that supports the recruitment, development, and success of a diverse workforce and student body. Each Commissioner will serve as advocates for increasing diversity in their respective units.

The purpose of the Commission on Diversity Equity, and Inclusion is to facilitate discussion and analysis of issues of diversity, equity, and inclusion at Marshall University and in the surrounding Huntington communities. The Commission is committed to researching, developing, and implementing educational and social initiatives that reflect the University’s commitment to all stakeholders and its pledge to create and maintain a community for all regardless of race, color, religion, sex, sexual orientation, age, national or ethnic origin, physical or mental disability, marital or veteran status.

Nominations for Commissioners will be open during March of each year. Candidates can be nominated by others or self-nominate. Candidates from each college and organizational units will be voted upon by their respective groups in April. Candidates who receive a majority of votes will be elected to represent their College or organizational unit. Newly elected members are invited to attend meetings before officially beginning their term. All terms of membership shall begin on July 1 and end on June 30.

The election of officers will occur in May of each year. Nominations for each position will be collected during the first two weeks of May and voting will occur during the second two weeks in May. If more than one person is running for a position, the person with the majority of votes will serve in this role.

Elected members shall be faculty and both classified and non-classified staff. Each representative will serve a two-year term. Representatives can serve up to three consecutive terms, if elected. Exceptions to the two-year term will be made when a new member is filling a vacancy or unexpired term of a former member. Elected members will constitute the majority and the voting members of the commission.

The President may nominate individuals to serve on the Commission. Presidential nominees may serve on standing committees and/or ad hoc committees for a specific project, issue or time period, at the request of the standing committee, the Executive Committee, or the Chair of the Commission. Appointments by the president will last one calendar year, at which time the President may choose to reappoint the individual.

Presidential appointments will not comprise of more than 20% of the Commission.

Individuals serving in the following University positions are designated as Ex-officio:

President or representative of one or more of the  following student organizations:

Meetings attended by at least 51% of the voting membership shall constitute a quorum for the transaction of business.

Commissioners must provide written notice of resignation from the Commission as soon as possible. Vacancies can be filled by appointment until the next election cycle. The Chair can make vacancy appointments by recommendation of the college or organizational unit.

Removal of Commissioners will occur if they fail to attend 3 full Commission meetings within a year or refuse to participate in ongoing sub-committee work as assigned. Members may also be removed for violating the principles of the Marshall Creed in professional or personal contexts. The removal process will first involve a formal inquiry by the Executive Committee. The Executive Committee will  put their recommendation for removal  before the full Commission for a vote. Once a Commissioner has been removed from their position by a majority vote, a new replacement will be made via the processes outlined in these bylaws at the start of the next fiscal year.

At least one meeting of the full Commission will be held quarterly. The location, date, time, and modality will be determined by the Executive Committee.

The Executive Committee will also hold at least one meeting each month.

Special meetings of the full Commission may be called by the Chair or Executive Committee.

Commissioners are expected to attend all full Commission meetings and the meetings of sub committees or groups to which they have been elected or appointed. After missing two meetings within the fiscal year, the Secretary will remind the Commissioner of their obligation to attend all meetings. If a Commissioner misses a third meeting, they will be asked to resign from their post.

A record of attendance will be kept in the minutes of each meeting of the full commission, sub committees, and special tasks forces.

The Commission officers will include the Chair, Vice Chair, Secretary, Treasurer, and members of the Executive Committee.

The Executive Committee shall be comprised of the Chair and Vice Chair of the Commission, the Secretary, the Treasurer and Chairs of the standing committees.

The Chair shall serve as chair of the Executive Committee. In the absence of the Chair, the Vice Chair shall preside and chair the Commission.

There shall be 3 standing committees to address the ongoing Mission of the Commission. The Standing Committees include: Diversity Award Committee, Nominating Committee, and Events Committee.

Additionally, this committee shall also oversee the nomination and election process for officers in the Commission (e.g. Chair, Vice-Chair, Secretary, Treasurer). These individuals may also run for one of these positions as long as they have not exceeded their term limits.

The committee is charged with creating and managing events that further the mission of the Commission. The Commission currently hosts two fundraising events for diversity scholarships: a SK and homecoming gala.

The Chair of the Commission and/or the Executive Committee may establish ad hoc committees to accomplish specific administrative tasks or address issues as necessary, including but not limited to:Bylaws and Amendments

Ad hoc committees may include active, associate, and/or ex-officio members to accomplish the task or objective.

These bylaws can be amended at any regularly scheduled meeting, provided the amendment has been submitted in writing for review by the Executive Committee and voting members. The proposed Bylaw amendment shall be submitted to the full Commission at a regularly scheduled meeting prior to the meeting at which the vote is scheduled. Approval shall require a majority affirmative vote of the full commission of voting members.

Adopted by Marshall University President Jerome Gilbert, PhD, and the Commissioners of the President’s Commission on Diversity, Equity, and Inclusion on December 9, 2021. 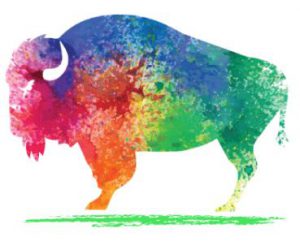